Human trafficking is a form of modern-day slavery, a global scourge where people are illegally traded for exploitation and commercial gain. Globally, more than $150 billion is generated from forced economic exploitation of people for commercial sex, domestic work, or other economic activities. In July 2018, the Global Slavery Index reported that 40.3 million victims of modern slavery exist worldwide and that 71 percent are women and 25 percent are children.

Victims are often young and so desperate for better living conditions that they are enticed and conned by traffickers’ false promises of a job abroad. Factors that increase vulnerability to trafficking are poverty, economic disengagement, corruption, climate change-driven migration, conflict, and displacement. 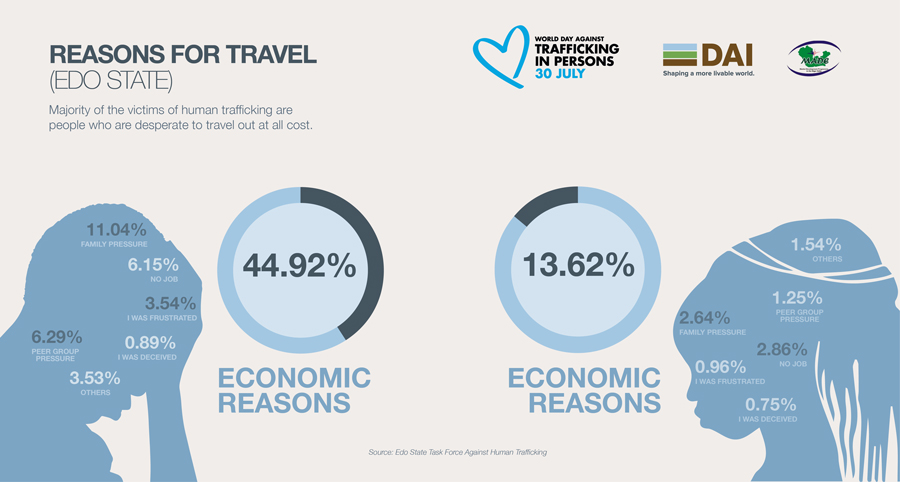 Whilst Nigeria is making significant efforts to meet the minimum standards for the elimination of trafficking—according to the U.S. State Department’s Trafficking in Persons Report 2019—the country remains a significant transit and destination country for traffickers. The Nigerian National Agency for the Prohibition of Trafficking in Persons reports that Edo State is the most trafficked-through destination in Africa. Most victims and illegal migrants journey from Edo State to Niger republic, then travel more than 500 miles through the Sahara Desert into Libya and onward to Europe. According to the United Nations’ International Organization for Migration, as of July 2018 more than 60,000 Nigerians remain trapped in inhumane conditions in Libya, 50 percent of them from Edo State. 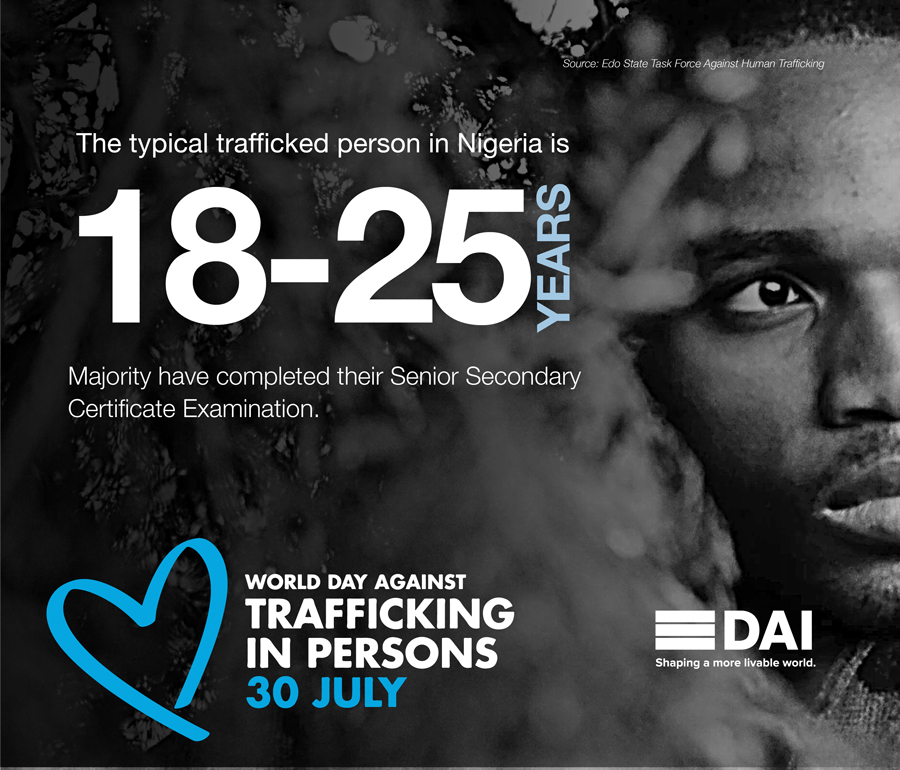 Leveraging Market Systems for the Vulnerable

In Nigeria, DAI is implementing the U.K. Department for International Development-funded Market Development for the Niger Delta (MADE II) programme to raise the incomes of poor people in the Niger Delta, including Edo State. MADE II has two components: 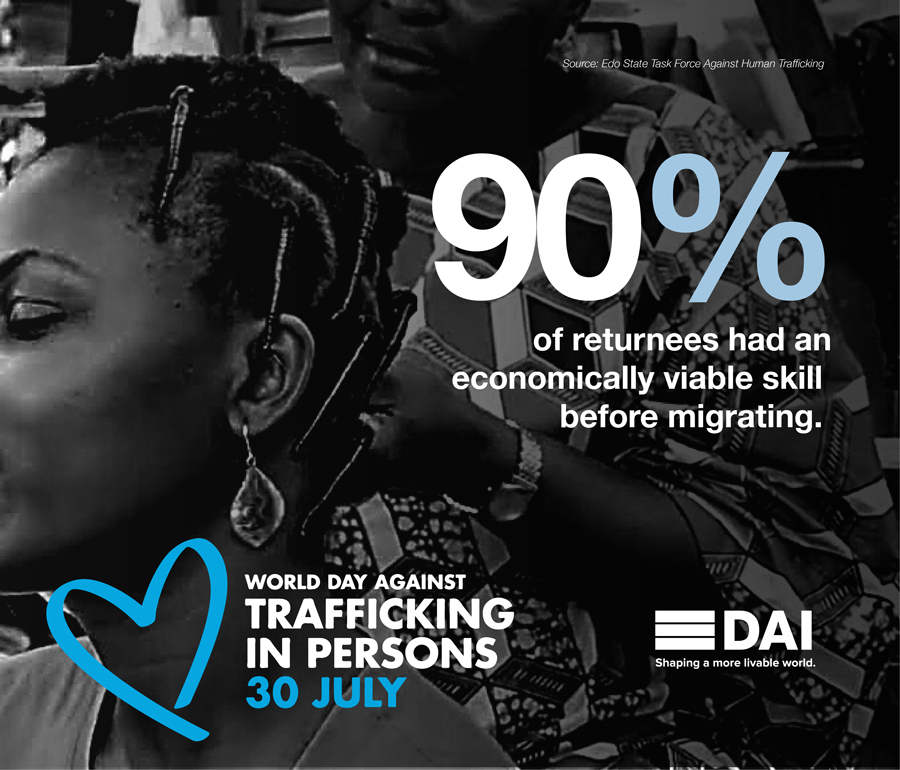 Through ESIP, MADE II is also strengthening the capacity of state institutions to attract local and foreign investment. The programme’s goal is to attract £10 million in seed investments that make Edo State more economically attractive to investors and residents. To achieve this, MADE II is supporting the Edo State Investment Promotion Office to better position itself to attract private sector investments and grow existing investments. 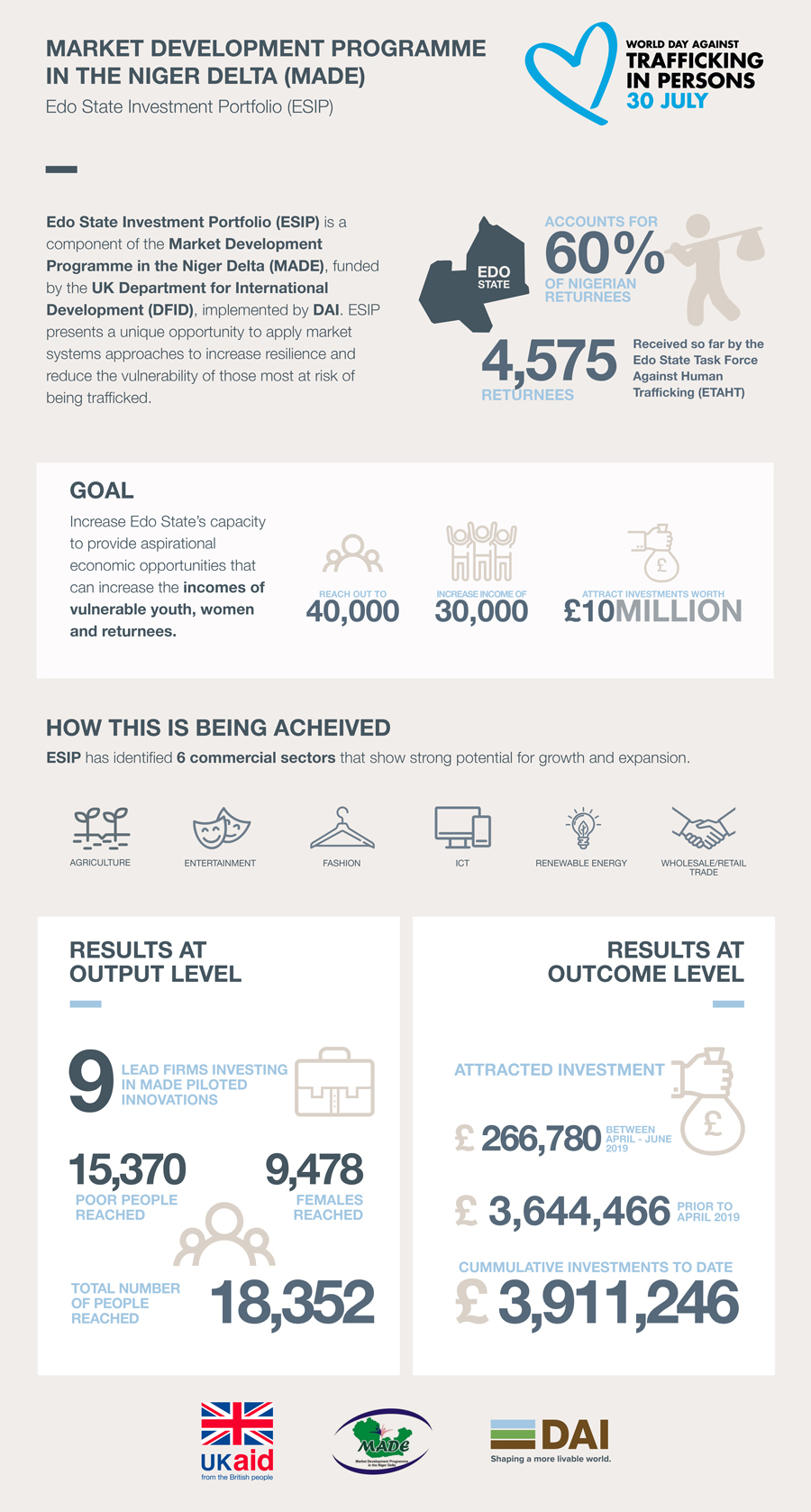 To date, MADE II has attracted investments of £3.9 million and is on track to reach its investment promotion target by February 2020. ESIP’s interventions have reached more than 18,000 people (52 percent women) and provided them access to income-generation activities such as: facilitating market access for plantain and pineapple farmers; providing opportunities in apiculture (beekeeping); providing opportunities in livestock farming; increasing access to skills development classes; and facilitating linkages for micro-retailing of fast-moving consumer goods.

In a little over one year, ESIP has: 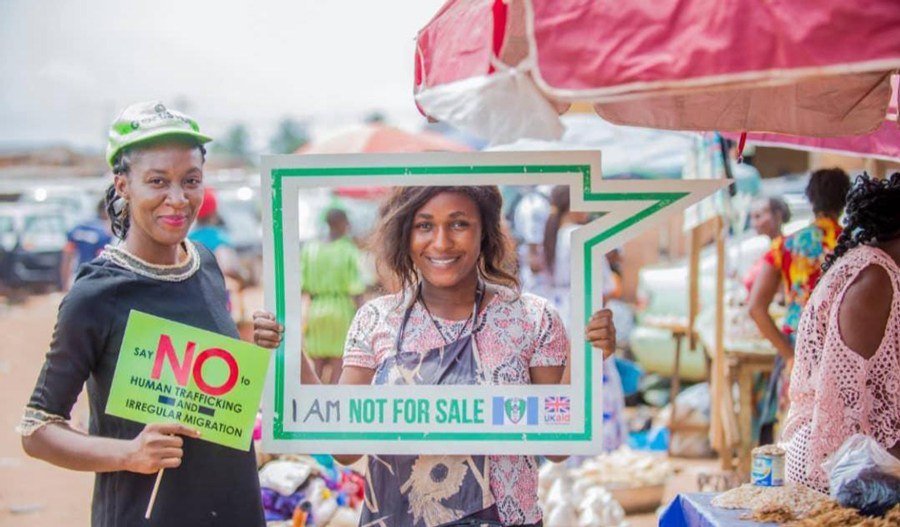 Time to Take Action Against Trafficking

July 30, 2019, is the United Nations Office on Drugs and Crime World Day Against Trafficking in Persons. To commemorate the day, MADE II is collaborating with the International Centre for Migration Policy Development (ICMPD) and Edo Taskforce Against Human Trafficking (ETAHT) at the ETAHT 6th Town Hall Meeting in Esan North and East Local Government Area of Edo State. Through the event, MADE II is furthering its work to create awareness and sensitize vulnerable households and potential victims to the dangers of illegal migration and expose participants to alternative livelihoods and aspirational economic opportunities.

Enene Ejembi is a strategic communications manager for DAI based in Abuja, Nigeria; DAI’s Fidelis Ekom is the MADE II programme’s Public Sector Engagement Manager.