Microcredit was a business model disruption in the banking sector. Today, to offer the full range of high-quality financial services required by the majority of the world’s people, we need to find the next major business model to disrupt microcredit. 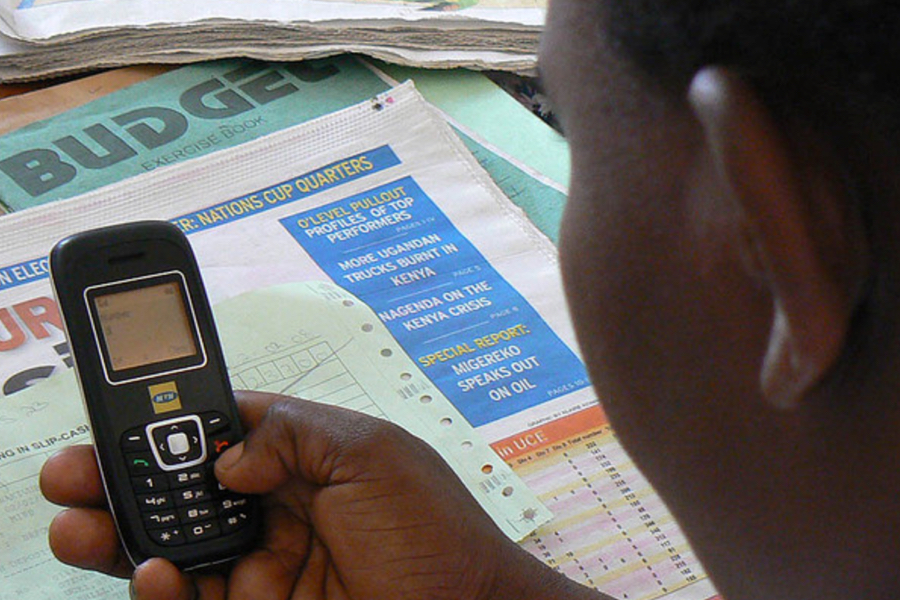 But first, what is meant by the term business model and how does it relate to our development world? According to Costas Markides of the London Business School, a business model is the sum of answers to three key questions:

Companies that innovate constantly ask themselves these questions.

Business model innovation is important. It expands the economic pie by attracting new consumers and encouraging existing ones to consume more. Innovation tends to be disruptive because it conflicts with business systems used by established players. Incumbents often can’t cope, so usually new players are the ones to introduce the disruption. The new models often entail lower margins and higher volumes, leverage information and communications technology (ICT) in new ways, and emphasise attributes that differ from the existing business. Let’s focus on these last two points: ICT and attributes.

Writing in the Wall Street Journal, Silicon Valley entrepreneur Marc Andreessen once famously said that “software is eating the world,” and went on to show how virtually every economic sector was becoming increasingly digitised. Why not ours?

ICT allows firms to innovate in four ways, by:

The table below gives a few examples, many of which use technology to lower costs and prices and improve usability. For example, Amazon completely disrupted the bookstore market when it introduced online shopping. While these examples are from the developed world, they offer significant applications to financial inclusion and development work more broadly.

How can we apply these ideas to financial inclusion? This article started out by stating that commercial microfinance (especially microcredit) was disruptive. How do we know this? First, microcredit was not introduced by incumbents (banks), but rather by a new breed of entities fit for purpose such as microfinance institutions, or MFIs.

Second, the business model tackled all three of the who, what, and how questions. MFIs target low-income customers not currently served–thus expanding the pie beyond bank customers. The product itself deviated significantly from the norm by accepting nontraditional collateral such as group guarantees or movable assets, and did not rely on audited financial statements or business plans to make loan underwriting decisions. For MFIs, viability depended on customers taking out serial loans of increasing value, and that seemed to be a reasonable bet given that most were capital starved. The delivery model also shifted radically, with the MFI going to the customer rather than the other way around. Microfinance retained the banker’s emphasis on personal relationships but with loan officers walking, riding bicycles, or taking buses to get to their customers.

Microcredit has been a huge success for a relatively narrow band of customers such as market vendors–borrowers with high-turnover businesses concentrated in high-density geographies. Something like 200 to 300 million people enjoy these services worldwide.

But – and here’s a controversial statement–the microcredit market as we know it today is saturated. The thing is, not everyone is a microentrepreneur with a high-turnover business living in a high-density area. And not everyone wants to be in debt all the time. However, everyone needs a range of financial services.

This is why we need business model disruption, especially in Africa where many people are farmers and live in low-density locations.

The good news is that we’ve already seen the beginning of this next disruption: mobile money. In 1998, there were around 4 million mobile phones in Africa–today there are more than 800 million (rising to an estimated 1.1 billion by 2017). That’s a penetration rate of around 80%, compared to something like 20% with bank accounts.

So, as William Gibson once said, the future is here, it’s just unevenly distributed. Globally, mobile money is taking off, with more than 30 million active users, most in Africa. In 2012 , the GSMA estimated that mobile money users made more transactions than PayPal, and used more than 500,000 registered agents–equal to the number of Western Union agents. In Kenya, Madagascar, Tanzania, and Uganda there are more mobile money accounts than bank accounts, and the transactions represent serious percentages of GDP.

Here’s the key from a disruptive business model perspective: at least 70% of this business is being done by mobile phone operators, not banks. Once again, a new, relatively unexpected player has swooped into the space and taken the market by storm. Not even MFIs have been able to make this happen at the scale of the mobile operators (although this is starting to change).

In Kenya, we’re seeing a whole new generation of businesses riding the rails of MPesa and other mobile money platforms, offering other financial services, enabling transportation, and supporting agriculture, energy, water, and health care outreach. Is software eating the world in Kenya?

As exciting as mobile money is, still only a few deployments are really making it at scale. Why? Because mobile money is a highly disruptive business model. Mobile money is particularly tricky to get right on the who and how dimensions of the business model. Evidence reveals that most service providers systematically under-commit and under-invest in two things: customer acquisition and marketing (understanding the customer), and distribution (building a ubiquitous yet viable agent network). It may be that totally new providers will come into the market and tackle these kinds of challenges in a completely different way. For example, technology platform providers are increasingly entering the mobile money space.

But for those who believe in the power of disruption and are willing to double down on new models like mobile money, the potential is enormous. It may be impossible for us to anticipate what will happen next in the financial inclusion field and the broader economic development space. Our lifetime has seen a technology revolution that our grandparents could never have anticipated or grasped. Our challenge may be the one sometimes attributed to Michelangelo: “The greatest danger for most of us,” he is said to have said, “is not that our aim is too high and we miss it, but that it is too low and we reach it.”