What attracted you to working in this field?

As a female engineer in Jordan, I reached a stage in my life where I wanted more than what we learned at school and what engineering gave me as a career. I became passionate about links between engineering and development, and how we can deploy tools and policies to really impact people’s lives. The key trigger was that I wasn’t doing enough to improve people’s lives just by being an engineer.

I was selected for an opportunity to travel to the United States as Jordan’s Eisenhower Fellow in 2012. There, I looked at models for sustainability and clean technology. I thought: We can do this in Jordan—we have the talent, we just need the models. 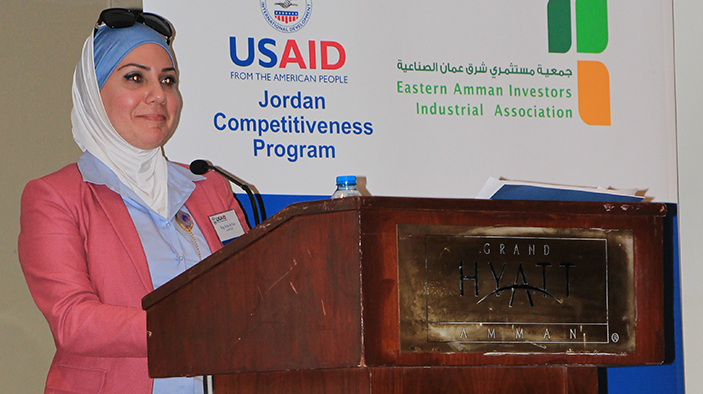 You were the first female director at Jordan’s Ministry of Environment. What kind of challenges did you face?

Those four years at the Ministry of Environment were such a transformative period for me. A minister there saw my potential and mentored me. Not only was I the youngest and first female director but I led the institutional and legal reform process to improve the institutional capacity of the ministry. Because of this, I was associated with change and giving new dimension to the ministry. It was difficult for the other 22 male directors to accept me sitting at the table with them.

Being a policy director gave me national and regional recognition representing Jordan and I’m so grateful. But without that one person who believed in me and empowered me, it wouldn’t have happened.

There were many male mentors in my life. Women role models are not as prominent in Jordan right now. This is something I’m trying to change as a mentor with Mowgli Mentoring. Being a mentor helps you find exactly what you want to do and how you want to do it, and represent yourself and your ideas.

If you could go back in time to when you were just starting your career, what advice would you give yourself?

I’d tell myself that I need to be a stronger believer in my capabilities. Women tend to be humble in our part of the region, especially in engineering. You can be a really strong, competent engineer but you must work twice as hard to make sure you are proving yourself to the men. 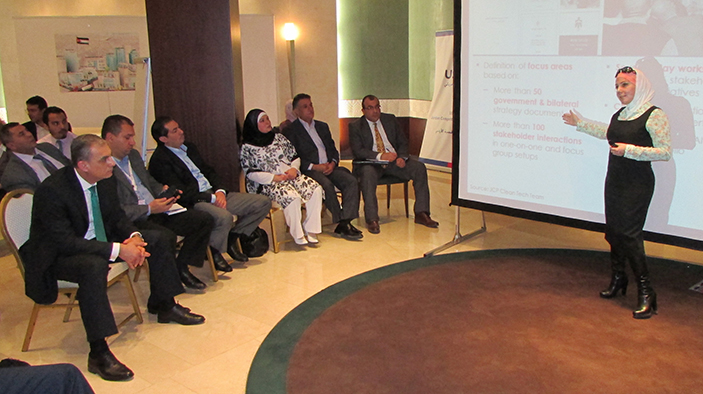 What do you think is the importance of women’s participation in development—not just through women-inclusive programs, but also in the development workforce?

Being a woman working in such a new sector as clean tech is advantageous because it gives a new dimension to how dialogue is taking place around issues. I also have the ability to “dig” for other women in the sector to bring them to the surface and work with them to become change agents. I see great opportunities to do that since we have political leadership here in Jordan that is committed to empowering women.

When I was in school in the 1990s, women comprised 60 percent of the engineering school class. We really admire engineering and medicine here so if we can leverage that capacity in Jordan, we can introduce green tech and innovation and raise women’s awareness about the potential of clean tech. Women have long been caregivers for the environment and green issues, as well as passing along those attitudes to the next generation. However, when it comes to clean tech being part of the formal economy, women don’t play as big a role. We have very few women entrepreneurs in the clean tech sector. Interestingly, most of the male engineers in Jordan go after regional job opportunities, so the women who stay here in Jordan are the ones to shape the sector here. They work in government and the private sector, they teach in universities. What’s lacking is their ability to access another level of leadership so they can become real change agents. We need to provide a better platform, more storytelling, and more women-to-women interaction.

What advantages and disadvantages are there to being a female development professional?

Women are more capable of doing consultations, stakeholder engagements, and listening to different opinions and looking at the overall picture and creating solutions out of that. We’re more participatory, engaging, and persistent.

In most meetings I attend, I’m one of very few women, and often the only woman. It’s not so comfortable, with guys there who assume they can take your turn or speak over you. But on the bright side, you must develop a new set of skills in how you stand up for yourself and express your opinion. Sometimes, I worry that we neglect the learning opportunity presented by challenging situations that require you to develop new skills. I also have to put myself in the shoes of those guys—I need to be assertive but respectful because this is new to them. Because I am so young, I must know how to communicate in the right way to bring about change.