This year’s World Health Day theme is Universal Health Coverage. It’s an apt rallying cry, particularly for those working in our Women for Health (W4H) programme in Northern Nigeria, where a 2013 study showed that 94 percent of live births lacked any medical personnel presence, resulting in one of the highest maternal mortality rates in the world.

In 2012, when the U.K. Department for International Development (DFID) launched W4H, we found a chronic shortage of female health workers converged with social, cultural, and religious norms, that severely limited women’s access to health care and produced some of the poorest maternal and newborn health indicators in sub-Saharan Africa. The estimated Nigerian health workforce density is 1.95 per 1,000 people, far below the African average of 2.9 per 1,000. The situation was most severe in rural areas where deliveries were three times less likely than those in urban areas to be attended by a skilled birth attendant.

Various government strategies undertaken to deploy midwives from urban areas or from the south of the country to rural areas had limited success, often because of the religious and socio-cultural differences.

In this context, a one-size-fits-all solution rarely works. The specific situation and needs of the women and their families must be taken into account and the health service designed around them. This was particularly important in Yobe state where conflict and insurgency created unique challenges for health training and women’s access to services. 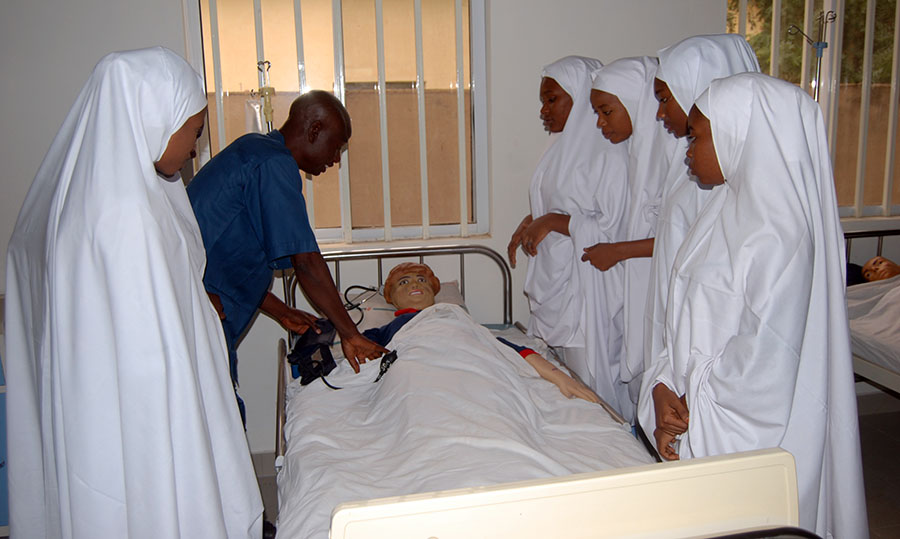 Health and social care is labour intensive and must be tailored to people’s needs if it is to be effective. It is now widely recognized that human resources for health is a key enabler for the attainment of universal health coverage. In response to the challenge, the W4H team recruited women already residing in the rural North for training so they would return to their communities to provide culturally appropriate health services for girls and women. We worked with 20 health training institutions in five northern states. We created Foundation Year Programmes in each state, where young women from rural areas with a foundation in basic science subjects and life skills upgraded their academic skills so that they could successfully enter professional midwifery, nursing, and community health careers.

In the existing health training institutions, the environment was predominantly male with few female tutors and very few, if any, in decision-making positions. Most of the facilities were unsuitable for female students, especially married females. The W4H team improved the gender responsiveness of the institutions by providing gender training for staff, constructing female-friendly accommodations, improving security, providing academic and psycho-social counseling, providing child care facilities, and increasing the proportion of female tutors and managers.

To improve women’s access to health care services in rural areas, it became clear that we must support the training of health workers who would understand, appreciate, and respect women in rural communities. The need to support communities to produce their own health workers was imperative considering that 39 percent of women in the northwest stated they had serious problems accessing care due to a lack of female providers. This was particularly important where social norms prohibited women from receiving care from male health workers, a common situation in rural areas of northern Nigeria.

In one W4H study, a community leader in Katsina was quoted saying: “I visited a health facility in this community where a male health worker was attending to a woman after delivery. There was a lot of intimacy in the process, which is not acceptable in our culture and in our religion. That was when I decided my wife will never give birth in these facilities.”

Today, 110 young rural women have now graduated to become midwives, nurses and community health workers from the health training institutions and are now not only providing health care services to their communities during working hours, but their services are accessible for their communities 24 hours a day and seven days a week.

One graduate from Kano state said, “I was inspired into this profession because of difficulties my people are facing over the years when it comes to child delivery…Since I joined the programme I have become a local champion with many young girls looking up to me as their role model, they always see me as their saviour, meeting me at home, morning and night, for advices and services.”

The availability of health workers working in their own communities ensures better communication between service providers and health service seekers. It also ensures that rural women receive services with dignity and will not have to travel distance to access such services.

The success of the programme has begun a gradual process of attitudinal change in rural communities about girls’ education and women as professionals. Some men in Zamfara state have changed their minds about antenatal issues. “With women health workers around, we feel at ease to send our wives for antenatal care,” said Ibrahim Tanimu.

Issues relating to women’s roles and relationships can be extremely sensitive, particularly in the complex, religious, political, and social structures of northern Nigeria. Effective engagement in this context is not simple, and entry points and strategies had to be sensitively honed to local situations. Extensive consultations and meetings were held at national and state levels with opinion leaders, gatekeepers, and policy makers, to promote the rationale for, and benefits of, the programme and the role each stakeholder could play in resolving the human resource and maternal mortality challenges. Without this buy-in and ownership, the programme would have been extremely difficult to implement and there would be very little chance of embedding it within the existing system and sustaining the initiative in the future.

We also engaged with religious leaders and identified key messages from religious texts that emphasised the importance of women working to save lives, and together we formulated messages to reach rural communities. They also advised us on the best ways to reach the communities and helped the programme to do this through religious institutions such as the Hisbah board, the State Ministry of Religious Affairs, and the Council of Ulammas, using platforms such as the Ramadan Tafsir sermons and seminars and conferences organised to celebrate the Islamic calendar.

W4H also worked to establish gender-equality-enabling legal and regulatory frameworks, policy, and protocols by engaging with state legislators to secure financing for the Foundation Year Programme and to establish policies and laws to ensure its sustainable implementation in the states. 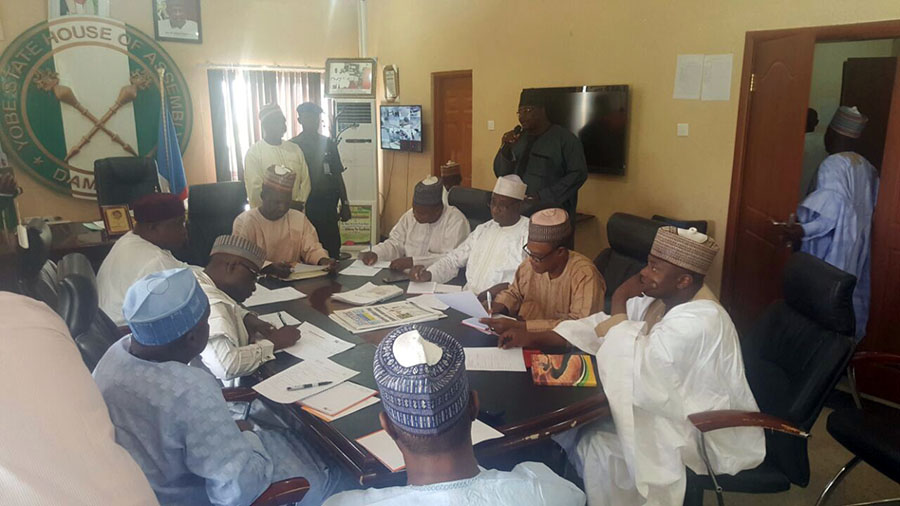 By 2017, 6,750 women had received training as health workers and the first group of Foundation Year Programme students who studied midwifery, nursing, and community health finished their training. Some have already gained employment in rural communities; others are volunteering in their own communities and local health centres and hospitals while awaiting deployment. Their commitment to providing health services in underserved areas and their determination to improve the health outcomes for women and children is very apparent.