In many emerging democracies, youth are absent from the political stage and civil society. Last year’s “Arab Spring” proved a promising exception, demonstrating the power of youth to galvanize popular demand and help redefine their political landscape. Sub-Saharan populations, many being immediate neighbors of Tunisia, Libya, and Egypt, followed these dramatic events with fascination and some envy. 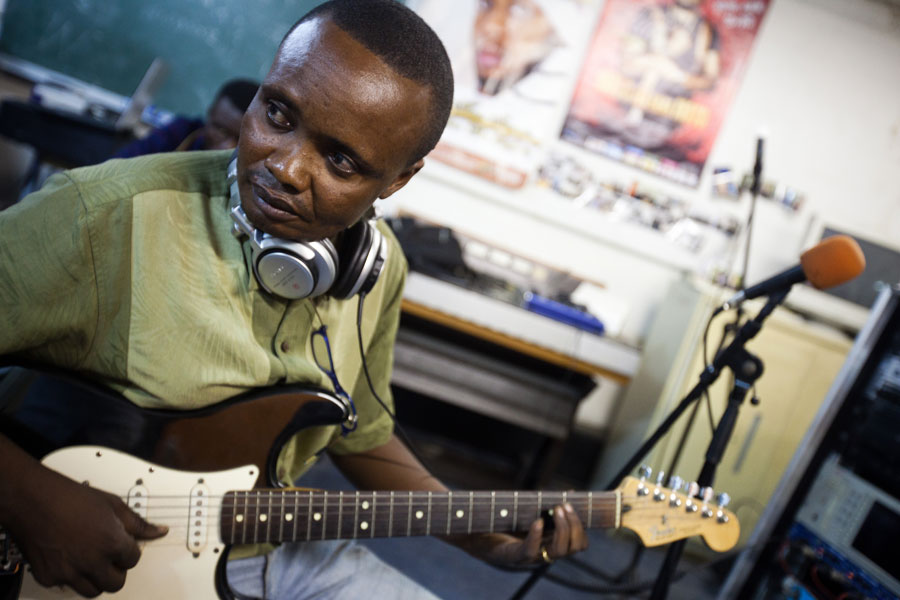 Yet few of my young colleagues and friends in sub-Saharan Africa were optimistic about a counterpoint “African Spring,” claiming their societies “weren’t ready” to rally widespread discontent toward a political tipping point. Historically speaking, my friends were not giving their nations sufficient credit—sub-Saharan Africa has considerable experience with opposition movements, from colonialism to apartheid.

"Our gamble was to upset an otherwise harmonious pairing: Congolese music effectively distracts and entertains the hapless masses, who naturally revel in their well-deserved escape from the despairing grind of a survival economy. In practical terms, how would we engineer this creative disruption, and prevent it from backfiring?"

But I took their resignation to mean that social fragmentation had secured the upper hand, providing proof that poverty and cynical governance are not just oppressive but bitterly divisive as well. Overcoming such deep social, generational, and political divisions—with their common denominator of skepticism and self-interest—requires sustained effort. Progress cannot simply be ignited like the proverbial box of tinder.

In DAI’s technical work, we are increasingly asked to incorporate a law and justice dimension into our programming, be it security sector reform or agribusiness. Here, “law and justice” refers to building accountability and transparency mechanisms into the public space between governors and the governed—basically, an upgrade to the supply and demand of accountability, the social contract underlying any modern state.

We incorporate this approach in the legislative arena and through social marketing, urban media, civil society, and anti-corruption campaigns, to name a few. So while the Arab Spring was a radical leap forward in “demand-driven change,” DAI is patiently trying to initiate demand-driven change in many programs across the sub-Sahara.

Inspiring Young People To Care About Their Country's Future

Enter Nomadic Wax, a North American production house that uses film, music, and social marketing to build cross-cultural awareness and constituencies for social change among urban youth. I first learned of Nomadic Wax through their award-winning documentary, Democracy in Dakar, which followed Senegalese rappers in their quest to mobilize youth in advance of presidential elections in 2007. As with recent elections there, voting was marred by fraud, violence, and voter intimidation. Nomadic Wax caught on video the crescendo of popular hope and crushing disappointment, as Dakar musicians and their followers struggled to consolidate the youth vote against President Abdoulaye Wade.

DAI approached Nomadic Wax in 2010 about a consultancy with Programme de Bonne Gouvernance, our program in the Democratic Republic of the Congo funded by the U.S. Agency for International Development. The program’s first pillar, “increasing citizen demand for accountability,” lacked a youth constituency. More broadly, we sought new ways to confront the social fragmentation problem, there being no effective demand for accountability without a unified popular voice.

The team took inspiration from a local proverb, which came to capture much of our mission: “Mwana muke abetaka mbonda, mpe bakolo babinaka” (A young drummer plays, and old people will dance)

Nomadic Wax offered expertise in two strategic areas, youth and music, that we hoped would converge in sparking popular interest in greater accountability and transparency from elected officials and public institutions. Music is Nomadic Wax’s currency, and young Congolese are intimate followers of the country’s fertile music scene. Congo’s “youth bulge,” plus the huge popularity and reach of its music, made us optimistic that a catalytic synergy was possible. As an alternative to weapons and apathy, music could become a tool for young people to express their frustration and fears, project their political perspectives, and inspire activism. 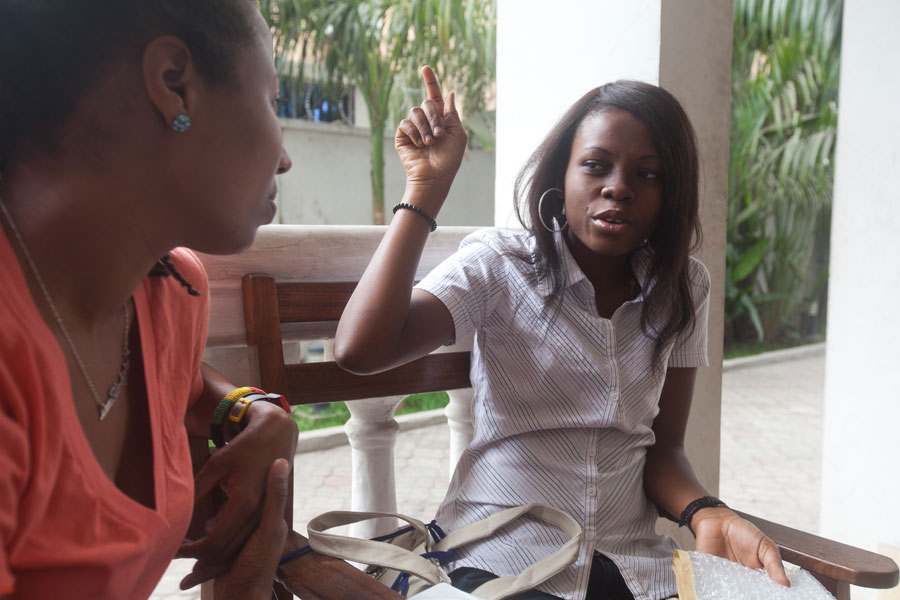 As with any experiment, there would be challenges—many unforeseeable. World famous for its dance rhythms and gleaming guitar lines, Congolese music is more “bread and circuses” than protest and pedagogy. And Congolese youth, although famously disenfranchised and readily exploited by power brokers and warlords, rarely self-organize or mobilize around a particular social or political agenda such as Nomadic Wax had documented in Senegal.

Our gamble was to upset an otherwise harmonious pairing: Congolese music effectively distracts and entertains the hapless masses, who naturally revel in their well-deserved escape from the despairing grind of a survival economy. How could we engineer this creative disruption and prevent it from backfiring? Congo-specific programming ideas were needed, not just in using music to “create demand” among youth but, more fundamentally, to politicize them. Would we work exclusively among youth and young musicians, or connect them with civil society and established thought leaders? The team took inspiration from a local proverb, which came to capture much of our mission: “Mwana muke abetaka mbonda, mpe bakolo babinaka” (a young drummer plays, and old people will dance).

Three Nomadic Wax members from the United States, Senegal, and Canada met in Congo to facilitate dialogues between civil society, youth, and musicians. Workshops in Kinshasa, Bukavu, and Kikwit served to convene aspiring and established musicians interested in socially conscious music and media, and then to explore possible linkages with civil society and established media outlets. As an icebreaker, a screening of Democracy in Dakar exposed participants to possible intersections of art and politics in an African context, and to offer a model of youth leadership and music as public voice.

In Congo, generational stereotypes divide youth and the mature or established generation, undermining the potential for collaboration. Given the scarcity of employment, the dynamic between young and old is often characterized by competition, not mentorship. The direct encounters orchestrated through our workshops allowed participants to air their mutual suspicions and perspectives, and seek common ground. More importantly, musicians were able to raise the issue of censorship and excessive taxing by media outlets. (Civil society and state media representatives were not aware of the severe restrictions on free speech, or of the spurious taxes applied to artists and artistic production.)

After the workshops, the musicians and the Nomadic Wax team worked in the studio on songwriting, recording, and producing. Many artists in Kikwit and Bukavu had never recorded their music before, whereas given their greater exposure to electronic media and international influences, the Kinshasa musicians were more sophisticated in their artistic sensibilities.

But it was in Bukavu, in the east of the country, that the lyric writing really shone. The aftereffects of Congo’s two wars are felt daily across the east, and the assassination of journalists, human rights advocates, and politicians is all too common. The threat of violent intimidation did not prevent artistic engagement with local realities, particularly injustice, impunity, and poor leadership.

Lyric samples from politicized Bukavu include:

The outcomes of the Nomadic Wax engagement were diverse, as the exercise was heavy on stage-setting and exploration for future programming and activity development. Bridge-building efforts between young musicians and civil society organizations were illuminating if ultimately unproductive, reminding us that Congolese civil society is seen as a “career,” not a representative populist movement. On the upside, it was encouraging to see how keen young musicians could still use music as a tool for social and political change, despite the climate of censorship, intimidation, and economic hardship. 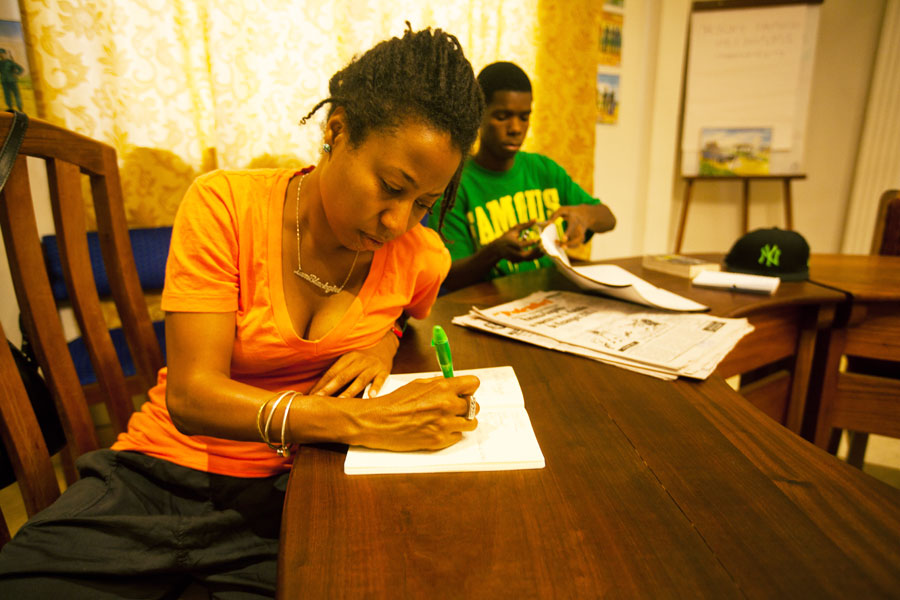 The viral path of one video produced during the Nomadic Wax visit encapsulates the multiple challenges facing young Congolese artists seeking change through music. The clip for “Reveil” (Awakening) by Alesh, a rapper from Kisangani, was posted on YouTube last September and gathered steady momentum. When I met Alesh in Kinshasa recently to get his feedback on the Nomadic Wax work, I congratulated him on “Reveil” having been showcased that day by MTV International, a major accolade for an unknown hip hop artist.

He thanked me with a rueful smile, admitting that the day had been up and down, “au rythme du pays.” Only minutes after hearing of his MTV success, he learned that the Communications Ministry had banned his song for its “propensity to incite violence.” We both laughed at the irony. No “Reveil” listener could ignore the compelling patriotism that frames the song’s honest diagnosis of Congo’s state of affairs. Evidently, calling officials to account for their failure to control violence and impunity was still too controversial for those in power—authoritarian reflexes die hard in new democracies.

It was a painful personal blow, but Alesh focused on the silver lining. Through Nomadic Wax and the Programme de Bonne Gouvernance, the wider world would be learning about Congolese struggles not from foreign journalists and pundits, as is too often the case, but from a Congolese perspective. This too was an important breakthrough.