A complex web of ecosystems, the Lower Mekong Basin (LMB) is acutely sensitive to climate change. More than 60 million people depend on this vast interconnected system to support their livelihoods. While there is an urgent need for these communities to begin adapting to rising temperatures, heavier precipitation, and more frequent flooding, residents of the Basin—mostly people connected to rice, livestock, and fish farming—do not have the knowledge, tools, or resources to better prepare themselves for the future climate.

When the U.S. Agency for International Development’s Mekong Adaptation and Resilience to Climate Change (ARCC) project launched in September 2011, its objective was to increase community resilience to the adverse impacts of climate change by bridging climate science with community knowledge. The project sought to combine two equally valid and necessary perspectives: the knowledge of rural farmers who had been working their land for generations, and that of scientists who offer historical climate data as well as climate models showing the conditions that farmers can expect to encounter with increasing frequency in the years to come. 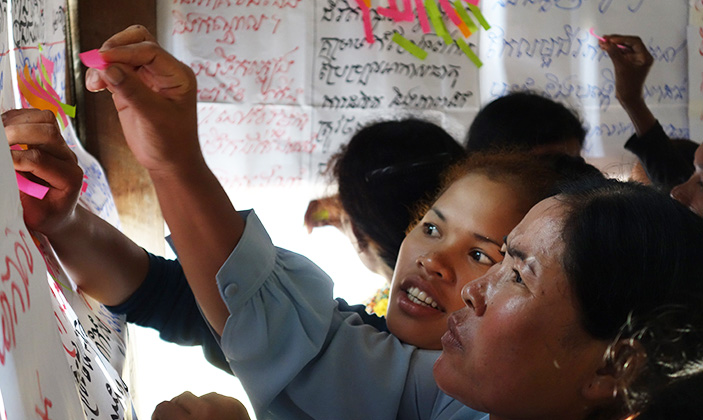 Implemented by DAI, Mekong ARCC called the bridging process “linking science and local knowledge to adaptation action.” Using these stories as roadmaps, farmers and local stakeholders engaged in a visioning exercise to plan for generational, medium-, and short-term livelihood goals. Communities prioritized adaptation options based on their vision of what the changing climate means to them, and what the project could support as adaptive activity. Mekong ARCC took these basic plans and passed them through various lenses to ensure that they were climate resilient, integrated, and economically sensible for the communities.

Today, 20 communities in five targeted provinces—two in Thailand, and one each in Cambodia, Laos, and Vietnam—are moving ahead with locally developed climate change adaptation.

For decades, the scientific community has used advanced technologies and downscaling techniques to generate knowledge on climate change. However, this ever-growing canon is rarely utilized or applied to assist the people who need it most, such as those in the LMB.

Mekong ARCC began by undertaking a first-of-its-kind Climate Impact and Adaptation Study for the LMB, a detailed analysis of local climate change vulnerabilities taking into account water resources, food security, livelihoods, and biodiversity. The study analyzed changes in climate over time, such as temperature, precipitation, sea-level rise, salinity and soil changes, and storm tracks. And it modeled the suitability of crops such as rain-fed rice, rubber, cassava, maize, soya, and robusta coffee, as well as the viability of aquaculture, livestock rearing, and non-timber forest product collection—important livelihoods for most people in the LMB—under various climate scenarios, to show people what could grow well under what conditions, and where. 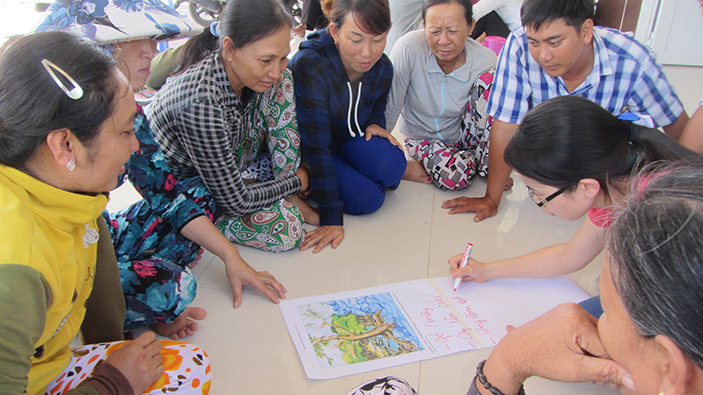 With this comprehensive study as a foundation, we were able to test evidence-based adaptation methods with communities across the LMB. But rather than determining the threats and impacts for these communities, we sought out their perspectives in a community-level adaptation decision-making process. We set about building local capacity to analyze local vulnerabilities and evaluate, prioritize, and implement adaptive responses. This participatory process includes:

In the course of this process, communities make informed, science-based decisions about their livelihoods and can locally monitor and adjust to the social, economic, and lifestyle changes that will lead to increased resilience. After completing participatory scenario planning sessions that incorporated new learning on anticipated climate impacts, we saw communities reprioritize actions to protect livelihoods after learning how current weather patterns such as intense rainstorms and longer dry seasons reflect longer-term climate shifts.

Technical experts review these local adaptation plans to ensure that activities are integrated, climate responsive, and sound development. We also try to avoid maladaptive secondary effects: for example, it is no use building a dyke to diminish sea flow (and soil salinity) if that dyke inadvertently clogs waste in waterways vital to fish farmers. 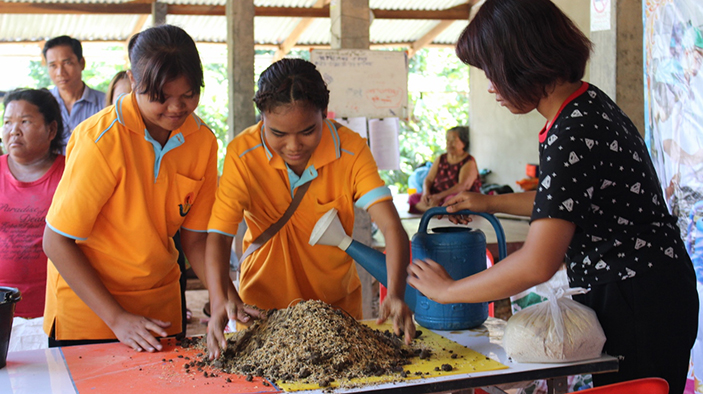 LMB communities have long “adapted” to changing conditions and are well aware of their vulnerability. Residents know it can take years to recover from the damage inflicted in mere hours or days by floods and extreme events. However, over time the cumulative effects of climate change will bring about dramatic disruptions beyond the experience of most local communities. 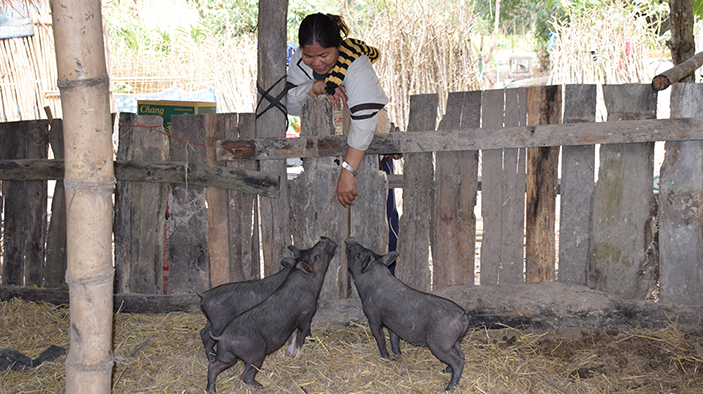 In Thailand, we work closely with the two regional Royal Project Development Study Centers—which support improvements in agricultural techniques to strengthen farmers’ self-reliance—and with Thai agriculture networks and local government officials, helping to connect them with our communities. At the end of 2015, we will assess local adaptation activities and facilitate exchange visits for neighboring communities, institutions, and subnational officials.

In Vietnam, we support the national Directorate of Fisheries to incorporate improved management practices and more productive rice-shrimp farming systems into its five-year strategy, which will serve as the policy backbone for a climate-resilient rice-shrimp system in Vietnam’s delta provinces.

This Mekong ARCC adaptation design is not by itself a prescribed program, but rather a template that can be overlaid and made applicable in various contexts and communities to help bridge science-based decision making at the local level. So far, the process has drawn interest for replication from the Asian Development Bank, the United Nations World Food Programme in Cambodia and Lao PDR, the Red Cross, and others.

Adaptation is not a destination, but a process. This first-generation effort has succeeded in establishing the connection between climate science and on-the-ground, community-led adaptation responses in a region of the world particularly vulnerable to climate change and extreme weather events. Time will show us if the 20 communities who have made that connection build on what they have learned and continue testing and replicating further adjustments to their ways of life in the face of a changing climate.