Long before any popular environmental movement existed, Mahatma Ghandhi said, “The earth, the air, the land, and the water are not an inheritance from our forefathers but on loan from our children.” Today, India faces many challenges, few of them more fundamental to long-term development than fresh water availability. The centrality of water to human health, agriculture, manufacturing, and ecosystems makes it imperative that India’s decision makers improve the stewardship of water resources.

In late 2010, the U.S. Agency for International Development (USAID) asked DAI to analyze potential investments that would link India’s water resources to health, climate change, and food security. The Water Analysis, Innovations, and Systems Program (WAISP) analyzed these cross-sectoral linkages and determined that urban water-use efficiency should be a top priority, in line with the Indian government’s Draft Approach Paper for the 12th Five-Year Plan, which concludes that “the country is headed towards a grave water crisis” and that “the real solution has to come from greater efficiency in water use.”

These statements represent a significant shift in senior government circles—one that many governments should contemplate. Why? Because building more infrastructure does not guarantee greater water availability. In India, a fast-growing population and improving standards of living are running into climate change issues and exacerbating water scarcity. The greater variability in precipitation anticipated as a result of climate change—more frequent droughts and floods—only raises the stakes to manage water judiciously. 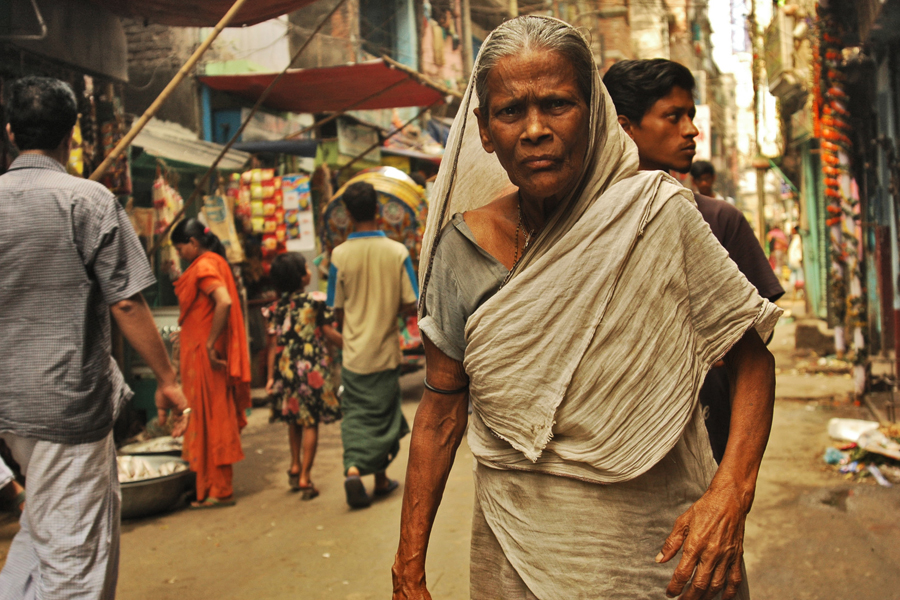 India’s decision makers are acutely aware that current water-use practices are wasteful. India’s Planning Commission estimates that if current demand continues, about half of the demand for water will be unmet by 2030. India already leads the world in groundwater withdrawals for domestic, agricultural, and industrial uses. Jaipur, the capital of Rajasthan, demonstrates the urgency of the situation, with groundwater withdrawal rates estimated to be 600 percent of the safe level. Officials increasingly understand that they must leverage international experience and technology in the area of water efficiency.

In its second phase, WAISP analyzed the potential for urban water-use efficiency in the cities of Faridabad, Jaipur, and Pune. Faridabad and Jaipur, in particular, face severe water stress due to declining ground water tables, among other factors. Pune has not historically faced water stress, but recent drought indicates increased variability of rainfall, and the city has experienced site-specific flooding due to poor land-use planning and drainage.

The project produced a Municipal Water-Use Efficiency Guideline for each city, and worked with municipal authorities to consider opportunities for improving efficiency. The team drafted profiles of each city to understand the water and wastewater services and infrastructure. It also analyzed vulnerabilities to climate change, and reviewed the national, state, and municipal legal and policy frameworks relating to water use and conservation.

The team also surveyed approximately 500 water users in each city to assess trends in water use, in coordination with municipal corporations, public health engineering departments, urban development authorities, planning departments, and nongovernmental and private sector stakeholders such as architects, engineers, and developers.

The surveys found that hotels and hospitals were better at understanding and managing their water use than government and educational institutions. The assessment concluded that end users are interested in doing more, that the technical capacity exists, and that legislation is feasible. However, uncoordinated efforts, unclear lines of authority, and a lack of information have been barriers. The project left recommendations to improve water-use efficiency, such as:

Standards and Labels: Surprisingly, India lacks standards and labels for plumbing fixtures and appliances. Today, these products are sold on the basis of cost and aesthetics, with no understanding of flow rates or water consumption levels. While existing voluntary standards reflect international best practices, they have little-to-no promise of achieving scale without national, enforceable standards.

Rainwater Harvesting: Some cities promote rainwater harvesting, yet the results are lackluster. Fewer than 5 percent of families surveyed in Jaipur have adopted the practice. The reality is that cities like Jaipur and Faridabad receive most of their rain during the monsoon period. More could be done at a municipal level to harvest rainwater for groundwater recharge, rather than emphasizing household-level efforts.

Metering: The WAISP survey found that only 12 percent of households in Pune and 32 percent in Faridabad have metered water connections. Outreach is needed so that authorities and customers understand that metering enables better water management. Metering enables utilities to see consumption levels, monitor and evaluate water conservation efforts, and charge proper consumption-based fees.

Water Reuse: India has many examples of centralized wastewater reclamation and decentralized water recycling worthy of expansion. There are many opportunities to expand water reuse in applications such as irrigating public parks, cooling and air conditioning, and toilet flushing. Also, industries such as printing and dying could establish combined effluent treatment plants to achieve economies of scale and reduce pollution of local surface water.

There is every reason to have confidence in India’s ability to catapult to the forefront of water-use efficiency, but it must commit to its 12th Five-Year Plan, engage stakeholders, and create an institutional environment conducive to implementation. Reforms are rarely easy—yet for a country with a population of 1.2 billion people, the stakes could not be higher, the potential gains clearer, nor the words of the Father of the Nation more resonant. It’s time for India to reverse over-exploitation and replenish its wells for its children.