A wide-ranging project aimed at improving Haiti’s natural resource management and the lives of hillside farmers marked its close last month with a number of major successes—including higher incomes for farmers and the formation of a regional forum to carry on improving farm production while protecting natural resources.

The five-year project, funded by the U.S. Agency for International Development (USAID), focused on six major components in two watersheds—and pivoted midstream to support relief efforts in the wake of Haiti’s January 2010 earthquake.

Named Haiti DEED (Développement Economique pour un Environnement Durable), the project partnered with the Haitian government, nongovernmental and community-based organizations, producer groups, and the private sector to integrate improved management of land and other natural resource assets with expanded agricultural enterprise. It worked with 63 farmer groups under 31 grants and eight public-private alliances (PPA). The PPAs invested $0.42 for every $1 USAID invested.

Protecting the environment with the cooperation of those incidentally harming it are goals often at odds, particularly in a poor country where hard-earned incomes often come at the expense of the land. DEED’s innovative approach sought to preserve the physical environment while stimulating economic development in two watersheds at particular at risk from soil erosion and land depletion due to increased rains and inadequate irrigation systems. 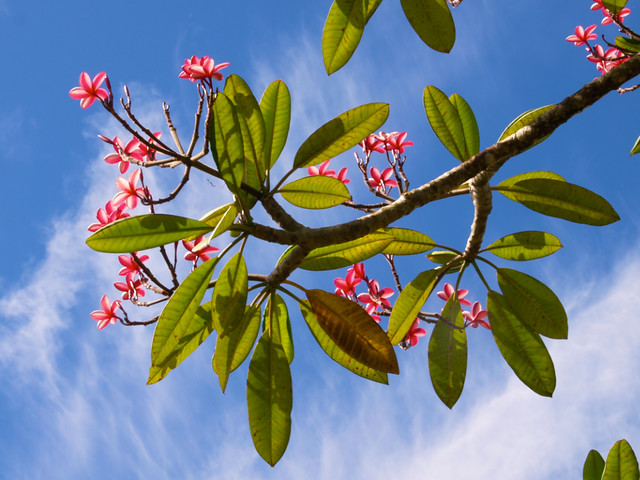 While convened by DEED, it was local stakeholders who informed and drove the solution:

“One great example of how these exchanges worked,” said Nick Hobgood, who worked on DEED for two years as a regional coordinator, “was when those living in the mountains asked those from the coast why they see fewer and fewer ocean fish in the markets, blaming it on overfishing—while the coastal fishermen complained that deforestation in the mountains is resulting in higher levels of sedimentation in the streams and rivers, which ends up choking the reefs in the coastal areas and destroying the fish.

“This sharing of experiences allowed those living in the watershed to better understand the impact their actions were having on a larger scale.”

“One of DEED’s most effective programs was a private-public partnership with the cocoa export company, Novella. The company’s owners understood the importance of investing in the cocoa farmers to increase the quantity and quality of the product,” said Hobgood. “So DEED and Novella set up a farmer field school where university students were given a stipend to go live in rural cocoa farming areas and work with farmers to improve their production techniques.”

The field schools taught cocoa cultivation and harvesting to small groups of farmers, rotating to various sites. Specialized cocoa cooperatives were also involved in curriculum development and training. In partnership with Novella, DEED’s 224 schools trained 4,900 farmers directly and another 12,000 indirectly—when the primary beneficiaries in turn provided instruction to other farmers.

As part of the program’s direct assistance to the Government of Haiti, DEED prepared two seminal reports within the Reducing Emissions from Deforestation and Forest Degradation (REDD) framework. One examined how REDD mechanisms could incentivize watershed restoration through carbon credit schemes. The other delivered the first-ever assessment of the biological diversity and condition of the ocean ecosystem off the coast of Montrouis. The assessment led the Ministries of Agriculture and the Environment to develop a model protocol and working legislation for a marine protected area—a first for Haiti.

DEED also provided material support and technical assistance to rebuild the Ministry of Agriculture’s Integrated Hillside Training Center (CFAIM) in Limbé. CFAIM had previously been an important center for the Ministry, but over the years staff had departed and the physical site degraded. Located in one of the project’s watersheds, CFAIM was well suited for rehabilitation to take a leadership role in the ministry’s renewed emphasis on watershed management.

Today, CFAIM’s grounds have been rebuilt, with new kitchens, dormitories, electrical supply, classrooms, library, and computer center. Under a new director, CFAIM offers updated training in resource management and conservation, as well as new curricula in geospatial mapping and land-use planning. CFAIM is now a Center of Excellence for the country, taking on the key role of technical advisor and host institution for a regional watershed governance body.

In its final two years, with an eye on sustainability, DEED facilitated the formation of a regional agriculture forum—PARDFAL—to address the improvement of production using a value chain approach. The forum engages all actors along the value chain to pursue common interests and works with local producer groups to test innovations that will be crucial to adopting technical agriculture improvements on a larger scale.