At the beginning of the Burundi Agribusiness Program (BAP), women participants would stand in the back of training sessions and remain quiet. But as time went on, they gradually began moving to the front. By the end of the program, they felt empowered to speak on issues without permission from men.

It’s a telling change, and one that stands out for team leader Ben Lentz, who recently took stock of the program as he prepares for his next assignment, a food production, processing, and marketing project in the Democratic Republic of the Congo.

BAP was one of the U.S. Agency for International Development’s first post-conflict initiatives aimed at increasing sustainable and diversified private sector growth. Beginning in 2007—as the country was transitioning from 15 years of civil strife—this five-year project focused on strengthening the coffee, horticulture, and dairy sectors, as well as promoting natural resource management, improving financial inclusion, and empowering women. 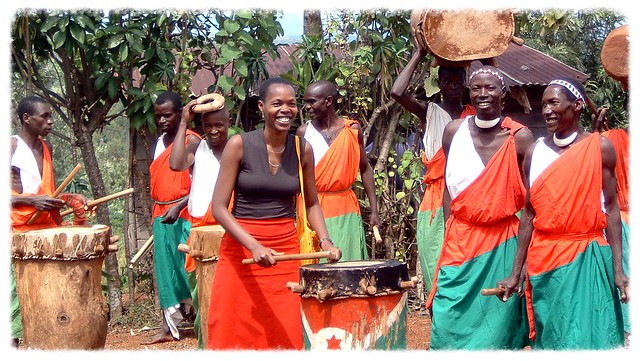 “BAP piloted a number of initiatives that have borne fruit and shown that a market-driven, private sector-led, value chain approach to sustained economic growth in Burundi is not only possible, but in fact is the preferred course to take to increase revenues and disposable incomes in rural communities,” said Lentz. “We have shown that proximity matters in extension, and that farmers learn best when shown through demonstrations. When rural populations are convinced that an initiative is in their interest, they will invest resources and adopt and replicate the initiative voluntarily. In many ways, BAP served to lay the foundation for sustained economic growth in Burundi.”

By the project’s end, farmer revenues had increased, the coffee sector was well on its way to successful privatization, Burundi’s competitiveness and visibility in regional and international markets had improved, women were poised to take positions of social and economic leadership, and the agricultural sector had reduced post-harvest losses, which translates to more food security. In concrete terms, the project:

The training related to business associations, in particular, led to several sociocultural changes that could be far-reaching. At the most basic level, participants came to recognize that associations exist to render service to their members, not the other way around. They became more open to engaging with outside investors; they developed new skills in governance and management that should extend beyond the association context; and they came to understand that to be an equal partner in any transaction, you must have a stake in the outcome.

“Numerous association leaders moved from a reactive to a proactive stance on decision making and began to take responsibility for decisions and activities, as well as for the mobilization of resources necessary to accomplish their priorities,” said Lentz.