Resilience is the capacity to adapt successfully in the face of stress, threats, or disaster. Among the earliest efforts to incorporate resilience in a theory of social change is a model debated in the 1970s and operationalized in the 1990s: positive deviance. Jerry and Monique Sternin developed this concept to explain why, in a Vietnamese village with high rates of malnutrition, some children thrived.

The bamboo that bends is stronger than the oak that resists.
- Japanese proverb

They found that the parents of such children, unlike their adult neighbors, did not follow traditional practices. Instead, they engaged in such uncommon strategies as giving their children sweet potato greens, shrimp, and crab, typically considered adult foods, and washing their hands before eating. These simple practices resulted in dramatically better health outcomes1.

Resilience-based approaches to development tend to follow this principle of focusing on strengths rather than failures, looking for what is working, and building on the inherent adaptive capability of certain individuals, households, communities, and societies under stress. 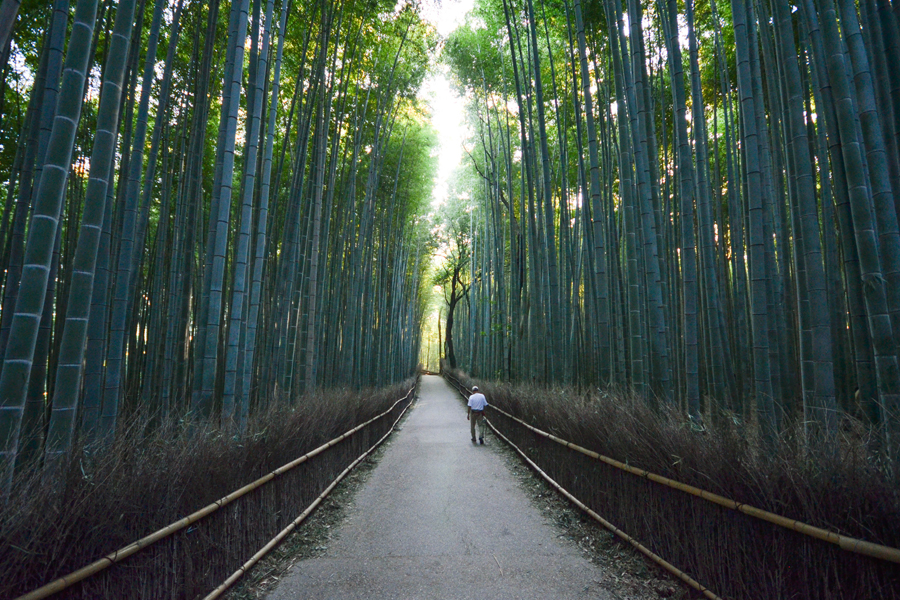 This volume of Developing Alternatives presents a collection of field studies drawn from recent or ongoing projects that address resilience. As these studies demonstrate, resilience is a multifaceted phenomenon that affects development challenges as diverse as health, macroeconomic stability, recovery from conflict, and gender equity. What the authors have in common is a commitment to be “self-examining practitioners,” holding their experience of program implementation up to the light in order—we hope—to improve the practice of development.

The purpose of this journal is to delve into the thinking, approach, and results of programs that incorporate resilience-building processes. The case studies examine practice in both proactive and reactive timeframes and contexts. We do not attempt to advance a single solution or prescribe a governing approach, which is rarely possible in development work, but rather to engage development professionals, community leaders, and policy makers in thinking about resilience as it pertains to their own unique circumstances.

As a multidisciplinary group of professionals, we also recognize that each discipline has its own approach. These field studies, drawing from disciplines as diverse as post-conflict recovery, community empowerment, micro- and macroeconomics, environment and health, and mobile technology, suggest opportunities to borrow and adapt, in ways that enrich our programming across the spectrum of development work. We hope that our field experience will spark discussion of how to build resilience in vulnerable communities, wherever they are and whatever challenges they face.

Can We Ignore Resilience?

What happens when we fail to incorporate resilience into our programming? Resilience—like its opposite, rigidity—has a compounding effect. When resilient households, communities, and institutions are able to withstand minor shocks, this initial success leads to greater robustness that extends to other areas, creating a “snowball” effect of greater and greater resilience. Success breeds success; resilience fuels resilience. This virtuous dynamic goes into reverse when households, communities, and institutions are rigid. Failure to overcome initial stressors compounds the inherent weakness of the rigid system. With each successive stressor, the rigid structure is more likely to snap, preventing it from withstanding not only the immediate pressure but each additional pressure introduced into the system.

These are not abstract concepts but fundamental social and economic drivers that shape how communities respond to intensifying stress. We can see them in action in various arenas, including two spheres of action commanding the attention of the relief, development, and media worlds: environmental degradation and conflict. 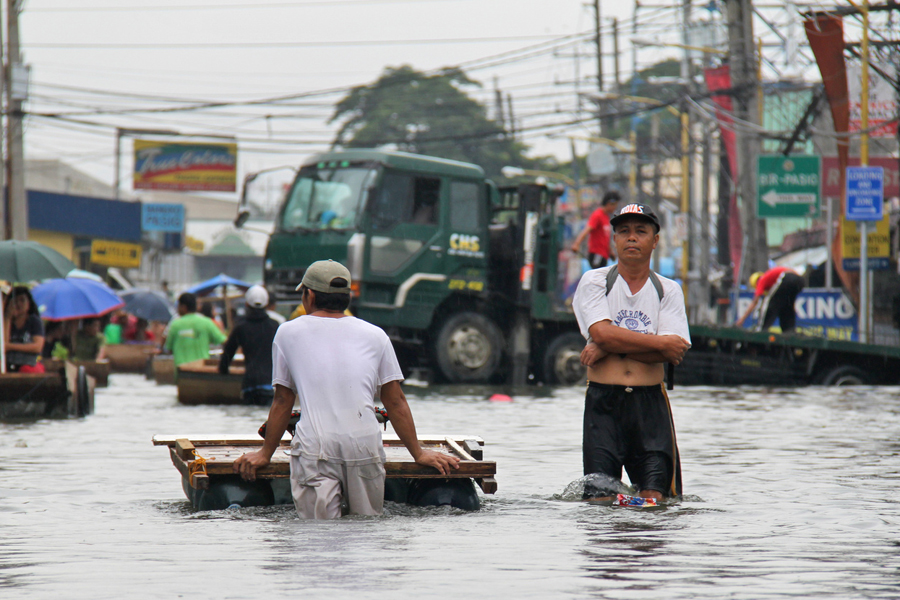 Extreme weather events related to climate change are increasingly threatening people’s assets, livelihoods, and lives. According to the Climate Vulnerability Monitor,2 the annual global death toll from climate change is currently 400,000 and set to reach 700,000 by 2030. If we are unable to strengthen resilience within affected communities and environments, the cost in lives and dollars will continue to rise.

Conflict upheavals and their aftermath are features of everyday life for many people around the globe. The Conflict Data Program at Uppsala University in Sweden identified 32 active state-based armed conflicts in 2012 (six with annual battlefield death tolls of more than 1,000)3. If conflict-affected communities and families cannot develop resilience to the effects of conflict, they face decreasing economic opportunities, increasing social isolation, and higher rates of disease.

Neglecting resilience strategies also imposes high financial costs. The World Meteorological Organization and United Nations’ International Strategy for Disaster Reduction estimate that “one dollar invested in disaster preparedness can save seven dollars’ worth of disaster-related economic losses.”4 Investing in programming that reduces exposure to risk is significantly more cost-effective than post-disaster responses.5 Resilience programming can yield the same return. Investing in processes to build household, community, and institutional resilience will reduce the chance that people will fall into crisis and instead create conditions where families and communities can thrive.

Resilience Across The Spectrum

We have organized our diverse field studies into chapters, beginning with two articles that raise broad issues and set the stage. Vic Tanner reviews the controversies surrounding the resilience construct, beginning with disagreements on how it is defined and how donors should engage with it.

Hunter Keith juxtaposes resilience and fragility, using Libya as a backdrop to explore whether these two concepts are opposites, as is often implied, or whether they have a more complex relationship. 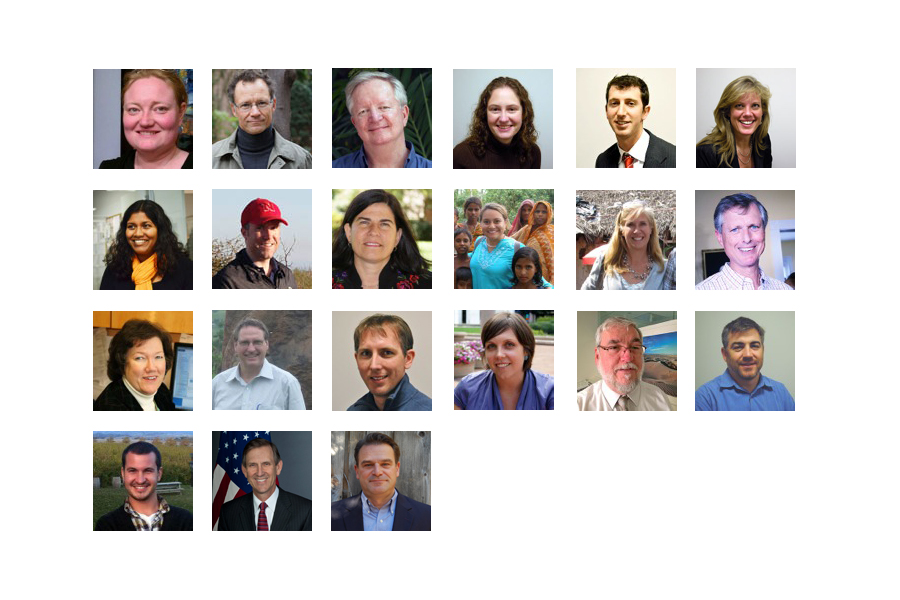 Keith Doxtater and Vishalini Lawrence kick off the chapter on conflict resolution by exploring how community resilience developed during conflict affects post-conflict reconciliation. Doxtater examines how communities in Sri Lanka developed protective resilience, establishing strong ties within their homogeneous communities that lessened their incentive—after the conflict ended—to renew or develop ties with neighboring communities from the other side. Lawrence describes the survival-based resilience developed by Somali communities during decades of conflict and emphasizes the importance of the international community working to support, rather than control, the reconciliation process. Rounding out the post-conflict chapter, Ed Rackley highlights the Serbian government’s role in enhancing municipal and community resilience to natural disasters by strengthening a statewide preparedness system for first responders.

Our chapter on economic resilience and inclusive growth begins with Rémy Kormos’s discussion of the need to improve business law and regulatory reform in developing countries to benefit the urban poor, many of whom are microentrepreneurs in the informal economy. Bill Grant stresses the importance of understanding the structure of a market system as the basis for successful inclusive strategies. His case study of the Kenyan milk market demonstrates how identifying where the poor operate within the system and how they engage with other market actors can clarify strategic alternatives. Marina Krivoshlykova elaborates on one element of Grant’s argument, calling for a focus on the dynamics of end markets in value chain programs to increase the resilience of producers as they wrestle with changing market forces. Mark Gallagher and Eunice Heredia-Ortiz reflect on how to measure macroeconomic resilience at the national level, principally by gauging the country’s fiscal and monetary space as indicators of that country’s capacity to overcome macroeconomic shocks. Finally, Anne Simmons-Benton discusses gender equity and resilience, arguing that community resilience can only be achieved by transforming the typical discourse into a whole-of-community approach that includes women’s voices in community decision making.

The next two chapters look at environmental and health challenges. Zach Kaplan and Del McCluskey focus on increasing urban resilience to climate change effects, taking Vietnam as a case study to discuss the role that public-private partnerships can play in developing climate-smart infrastructure. Land tenure specialist Steven Lawry explores how African customary tenure systems contribute to the livelihood resiliency of low-income African households. Many African households augment their livelihoods by deploying some family members to work in towns and cities, while keeping others on the rural homestead. Land secured through customary tenure arrangements, which recognizes the families’ social and economic rights, helps them weather the uncertainties of urban-based livelihoods.

Colleen Green, Kirsten Weeks, and Robert Salerno discuss health resilience in HIV-affected households in Tanzania, noting that in addition to improving household economics or clinical adherence, resilience programming can incorporate models to build inclusion and social cohesion. Kathleen Kurz focuses on the first 1,000 days of a child’s life—from gestation through the second birthday—as the window of time to establish child health and good nutrition. She offers up 10 lessons learned from DAI’s Feed The Future programs to build resilience in that critical time.

By way of an afterword, Ambassador Rick Barton, Assistant Secretary of State for Conflict and Stabilization Operations at the U.S. Department of State, offers his own brief reflections on how we should approach the task of reconstruction and development with “modesty,” building on local strengths without distorting that resilience into a form of dependency.

As noted above, we do not pretend to emerge from our “self-examination” with anything like a grand theory of resilience. But we hope to have shown that resilience is a useful concept for assessing, informing, and tying together a wide variety of development programs. Like the Sternins, we would be wise to understand the dynamics of communities, institutions, and environments, and then develop resilience-building strategies in anticipation of the inevitable stressors and shocks to come.

These resilience strategies cover the gamut of development practice, from macroeconomics to household subsistence farming, from urban planning to infant care. Our next step as development thinkers is perhaps to explore the case for bringing together these threads, if not in a grand theory then at least in a unified theory of resilience; a theory that begins to draw the causal connections between various interventions, to prioritize them, and to sequence them as part of an integrated resilience protocol. Equipped with such a protocol, vulnerable nations, communities, and people may—like the proverbial bamboo—be better able to bend, not break, and ultimately thrive.