Tajikistan’s rugged alpine mountain ranges hold many glaciers; these feed hundreds of streams that flow down to the fertile river valleys, where many people work on farms. Despite this pretty picture, Tajikistan is severely food challenged. The poorest country in Central Asia, Tajikistan imports more than half its food. Many of its most vulnerable families go all day without eating.

Due to Tajikistan’s mountainous terrain and arid summers, a mere 7 percent of its land is arable, and farmers need to make the most of it. With the collapse of the Soviet Union, state and collective farms were divided into Dekhan or “peasant” farms that relied on systems of irrigation and drainage canals. Damaged during a long civil war, these canals received no support from the government and have suffered years of neglect.

When the U.S. Agency for International Development (USAID) Family Farming Program (FFP) embarked in 2010, its top objective was clear: assist the farmers and government to fix their irrigation systems so farms could eventually yield more crops, create jobs, and promote more nutritious diets.

FFP, a 4½-year, $21 million program implemented by DAI, closed earlier this year with impressive results, including: a reformed Tajikistan water sector, communities trained in growing and preserving food, and the broad dissemination of agricultural and livestock technologies. More than 127,000 households benefited from FFP, including from water newly accessible for household use.

But the project’s signature accomplishment was that it rehabilitated water systems to deliver and drain water on schedule, while establishing effective, sustainable grassroots organizations to operate the systems fairly for all farmers and cooperatives.

USAID’s Feed the Future initiative made it a high priority to focus on the Khatlon region in southwestern Tajikistan, along Afghanistan’s northern border. Given the severity of the civil war in Khatlon, this region presented the most deteriorated agricultural sector and greatest need for food security, income growth, and improved nutrition.

FFP team members embedded in these communities guided and trained local farmers and stakeholders who established 60 water user associations (WUAs)—each consisting of farmers, community members, and local officials representing scores of villages. By fostering community participation throughout Khatlon, they created grassroots support that has enabled the WUAs to achieve the following results:

More than 122,600 hectares of farmland are under new or improved/rehabilitated irrigation for crops such as cotton, alfalfa, tomatoes, fruit trees, and melons. Communities have elected WUA leaders, and there is broad understanding of the purpose of their associations, which are well placed to sustain. 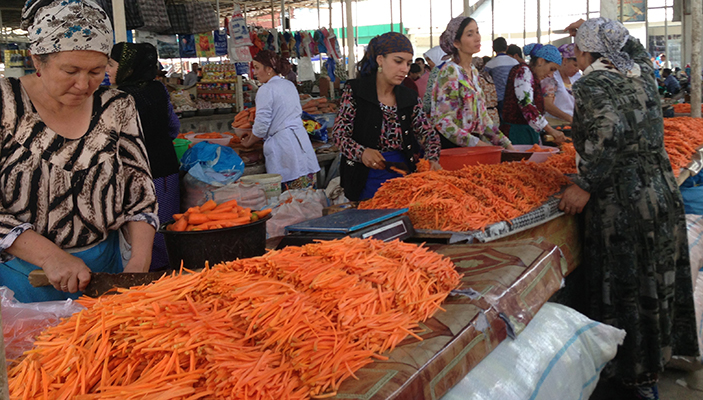 Irrigation and drainage at the farm level in Tajikistan was chaotic prior to the launch of FFP. Missing control gates and clogged canals prevented anyone from managing what farms received water, or how much and when. Former state farms left no arrangements for managing either water allocation or basic maintenance. Many farms had insufficient water or were waterlogged due to poor drainage, leading to salinization and poor crop yields. In some locations, even farm homes and household gardens were flooding with drainage water.

When FFP started, only 72 percent of the country’s productive irrigable land could be used for agricultural production, as 12 percent was abandoned and 16 percent lost to salinization. According to World Bank data, nearly half of Tajikistan’s mostly rural population lived in poverty. Paid jobs were scarce and arable land, per person, averaged 0.1 hectares, or about a quarter-acre. While 46.5 percent of Tajikistan’s overall population was employed in agriculture, productivity in the sector was low and represented only 21 percent of the national gross domestic product. Much of this low productivity was due to the problems of irrigation.

Seeking to address this situation, in 2006 Tajikistan enacted the Law on Water User Associations. But many of the resulting associations failed because they were new, poorly understood, and lacked support nationally and locally. To gather support in its 12 target districts in Khatlon, FFP worked from the bottom up, using a two-pronged, complementary approach: 1) create local WUAs emphasizing leadership skills and developing community understanding of the institutions; and 2) provide infrastructure funding through time-bound grants to repair the canals—funding that required matching local cash or labor inputs in the form of Hashar (organized community work days).

Soon, residents across Khatlon began benefiting in the form of fair and predictable water flow, which increased their satisfaction and willingness to pay for water services, both of which are needed for WUAs’ long-term sustainability. Conflicts between farmers over water usage were reduced, and communities saw themselves making progress together, even where ethnic and religious divisions left over from the civil war were present.

Our approach to WUA development is widely recognized as scalable and worthy of replication. In 2014, Tajikistan’s Ministry of Energy and Water Resources, USAID, and the World Bank signed a memorandum of understanding agreeing to support WUAs. FFP worked with the World Bank’s Second Tajikistan Public Employment for Sustainable Agriculture and Water Resources Management Project (PAMP II) to support its creation of new WUAs elsewhere in the country. Four non-governmental organizations (NGOs) receiving funding from PAMP II invited FFP to train their WUA organizers. 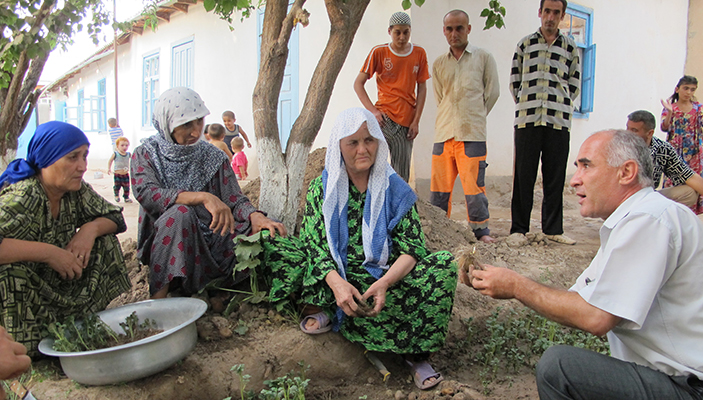 The process of standing up 60 WUAs and operationalizing the associated canals united farmers and other water users. Together, they are now ensuring efficient and equitable water distribution, collecting water service fees fairly and on time, and managing association finances transparently. These 60 WUAs are well prepared to sustain themselves beyond the life of the project: they are legally registered, have bylaws and staff, and serve as the face of the community to district government officials regarding water management issues.

In addition to leaving behind scores of successful WUAs, FFP produced best practice guides in the Tajik language to capture and share what we have learned about WUAs. The Guide for Establishing Strong Water Users Associations in Tajikistan, in consultation with the new Agency for Land Reclamation and Irrigation and the Ministry of Energy and Water Resources, provides a unified methodology and standard for WUA creation.

FFP also developed a WUA Capacity Assessment Tool (WUA-CAT) to diagnose and measure WUA institutional capacity. We assessed FFP’s WUAs in 2013, used the results to develop and implement targeted training, and administered the test again a year later, with many WUAs showing marked improvement in processes such as water system maintenance and financial management. 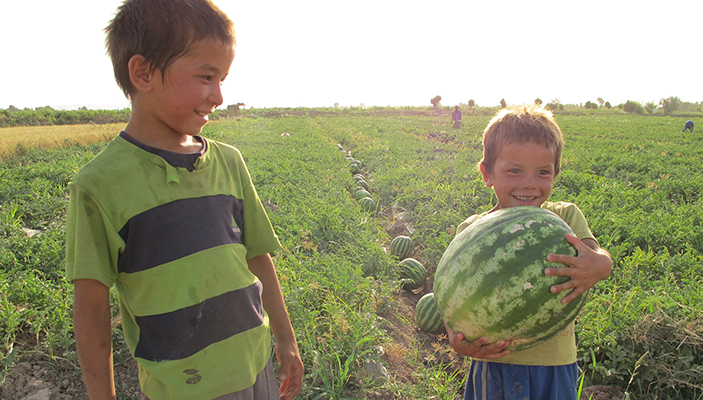 Irrigation rehabilitation and management issues go beyond problems of engineering: they encompass social, economic, and institutional challenges; require new inputs for improving land and water productivity; and need strategies for minimizing soil and water degradation and maintaining good ecological protections. In Tajikistan and countries with similar challenges, we must strive to ensure efficient utilization of scarce resources by improving existing irrigation systems and training stakeholders intensively in their systems’ operation and management. For the irrigation and drainage improvements in Khatlon to sustain, we recommend the following actions:

Time will tell if Khatlon’s renewed irrigation and drainage systems and improved farmland will improve lives in Khatlon in the medium-to-long term. Early reports indicate that many farmers are getting two harvests per year instead of just one. We are confident that these successes—augmented by the actions that we recommend—will persist for years to come and lead to higher crop and livestock yields, higher incomes, more jobs, and more well nourished families.