In high school, I was always interested in social work. But when I was applying to university, I decided to pursue business studies, which, in Morocco, is considered more promising for a secure future. While I was being interviewed for the business studies program, however, I ended up talking more about my experiences as a social work volunteer. The interviewer suggested I consider applying for international development studies instead of business.

My parents have always been supportive of my career but others questioned my choices. They don’t know what international aid and development workers do. Even though we have a lot of NGOs in Morocco now, many people think development is the same as social work. I still have a hard time explaining what I do with my family—even though we talk about it all the time! 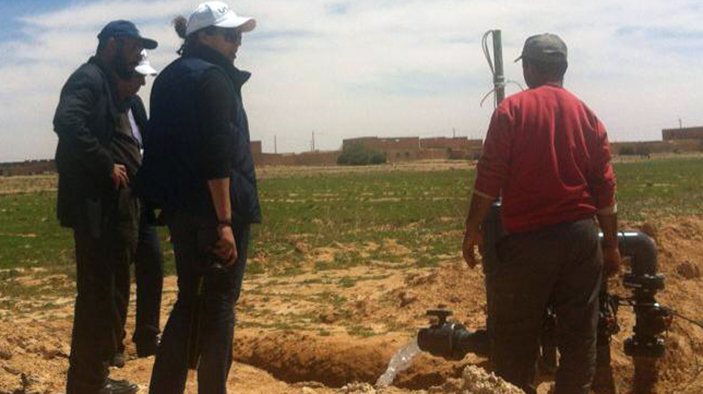 What was one of the toughest moments you’ve encountered in your career?

Before I joined DAI to work on the USAID Morocco Economic Competitiveness (MEC) project, I thought things were either white or black. But as I worked more with people from different backgrounds and situations, my stance led to a lot of problems. Eventually, I recognized I needed to be flexible.

If you were able to go back in time and give yourself advice as you started your career, what would you say?

Engage more with people in the field. When I first began working, I was mostly behind a desk and didn’t realize how vital it was to engage with grantees and beneficiaries in the field. But in my last few years with USAID MEC, I was meeting with people in the field all the time. It changes your vision about international development. It’s good to be behind the desk and design strategies, but if you don’t meet thoe people you’re drafting those strategies for, you never know whether you’re doing things right.

Are there specific advantages to being a woman in this field?

In my work, being a woman is an asset. Being a woman has allowed me to connect easily with women and older people in the communities where we work and gain their trust. I can talk about shopping, cooking, business, and politics without anyone feeling threatened.

I’ve never been in a situation where I thought I was being discriminated against because I’m a woman. I’ve had to work twice as hard to prove myself, but that’s just how it was. I don’t know if I was motivated because I was trying to prove myself as a woman or as a young professional.

What do you think is the role or importance of women working in development?

Women persevere more. Men are hardworking; but women really persevere. And they know how to be diplomatic in a difficult situation. We are more sensitive and can recognize people’s needs. Women do think from their hearts, and that’s an asset in this field. But I wouldn’t say there are roles that women can do better than men, or vice versa. We are supposed to be role models for our communities, so we should not encourage them to make assumptions about people based on their gender.

Many people think that in Morocco women are confined to the home while the men go to work. Actually, there are remote regions in Morocco where women have the power. The women sell goods in the markets; they manage the household finances. The men in these regions say, we give our money to our wives or else it will be gone the next day! It’s important to keep empowering these women and improving their well-being, because you see the impact right away, with their children and with the community as a whole.

That said, on the programmatic side, we should be wary of seeking a superficial equality between men and women. Being gender-aware is important, but we need to tailor our indicators to the community context. Merely counting how many women come to an event isn’t delving deeply into the issue. Additionally, some men work for the benefit of women so we shouldn’t overlook the involvement of men on gender equality either.

The director at Search for Common Ground, after I had sent him a draft press release, told me, “The draft for the director should be your best attempt. Keep this in mind.” I have never forgotten this.

There are situations when your work will not be corrected. You may only get one chance to meet someone. You need to be prepared so that you can leave a positive impression. I never send anything if I’m not satisfied with it. You have to give yourself time and be honest about it. If something is going to take two days, don’t tell your colleague that you can do it in a few hours. It’s a lot of pressure, but who wants an easy life?

Have you struggled finding work-life balance while pursuing this kind of a career?

Your professional satisfaction is important and influences your satisfaction at home. It makes up much of who we are and gives us purpose. In our professional life, you meet new people, engage with communities, and you can push boundaries. It’s these small things that make a difference in your life.