Despite gains elsewhere in the country, urban Indonesia suffers from the lowest rate of access to improved sanitation and the second lowest rate of access to safe water among all ASEAN member nations. Only 32 percent of Indonesia’s urban population has access to piped water and only 73 percent to basic sanitation, which translates into higher rates of waterborne diseases, particularly among the most vulnerable: children and the poor.

One of the best ways to address this problem is by mobilizing the affected communities themselves to demand better services of their governments and invest in improvements at the household level. Too often, however, Community-Led Total Sanitation and other programs focus on raising awareness of sanitation challenges by “triggering” shame, anger, and disgust at prevailing conditions, which can put the program at odds with the community and end up being counter-productive. In its five years of work in Jakarta and other urban settings, the U.S. Agency for International Development’s Indonesia Urban Water, Sanitation, and Hygiene (IUWASH) project has built its community mobilization efforts around a more positive agenda—with encouragingly positive results.

Engaging communities is a critical part of IUWASH’s integrated approach to reducing Indonesia’s disparities in water, sanitation, and hygiene (WASH). Communities are at once a powerful influence on their individual constituents and a key driver for governments considering how to prioritize sanitation improvements. Ultimately, it is up to communities to make the important investments in household sanitation systems that will be needed to address Indonesia’s WASH crisis, as well as promote the pervasive behavior change that must accompany those investments.

As a result of IUWASH’s activities, 2.25 million people have obtained access to safe water since the project began operations in 2011, 256,000 people have gained access to improved sanitation facilities, and the per-unit cost paid for water by the urban poor has decreased by 43 percent.

To engage communities, IUWASH seeks to raise awareness of current conditions and move communities and individuals to action, but does so using “appreciative inquiry” and “positive deviance” to promote the broader adoption of more effective WASH behaviors.

Using positive deviance simply means finding an otherwise typical community member who has already invested in sanitation improvements and is practicing improved hygiene, then—without alienating his or her peers—organizing a meeting of community members to review what this “positive deviant” has done and discuss how they may be able to do the same. Appreciative inquiry is a well established methodology for bringing community members together around the positive aspects of a system, working through a process whereby those people define and discover the existing strengths on which they can build, outlining a vision in which those high points become the norm, and designing a plan to make that happen. 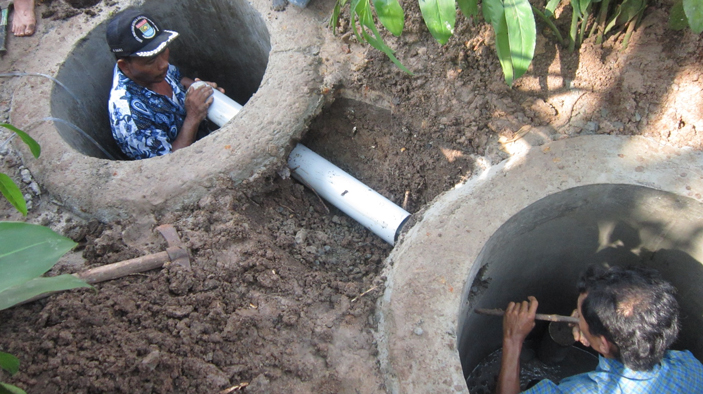 In its training and communications, IUWASH systematically applies these principles, emphasizing the health benefits of improved sanitation and the pride and self-esteem people feel when they make positive WASH changes. It identifies “early adopters” to be advocates for WASH in communities, invokes religious values—where appropriate—and people’s sense of responsibility to their community at-large, and engages community leaders, women’s associations, outreach workers, faith leaders, and others to motivate individuals to act on WASH issues and to invest in sanitation improvements.

To take just one example, IUWASH enlisted students as ambassadors for change in the sub-district of Wonoasih in Probolinggo, where approximately 49 percent of households did not previously have access to improved sanitation systems. To improve conditions, the local government built a public toilet and biodigester at the An-Nur Boarding School, while IUWASH provided a small scale sewerage system connected to a treatment plant. Importantly, IUWASH also assisted with an affirmative promotional program orchestrated around the school and its students, and timed to coincide with local religious events. A community-based organization associated with the school has now been established and trained in management of the new facilities, and the project has become a model for the government to replicate in neighboring sub-districts. 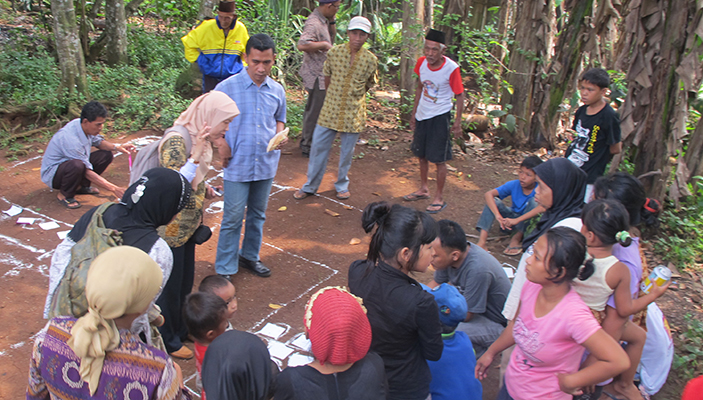 In another example, IUWASH has worked closely with a local cooperative (Koperasi Syariah Buruh Migran Indonesia) to develop household sanitation systems as a new product line for its more than 58,000 low-income members. We provide complementary support by training local health workers in sanitation promotion and micro-scale construction contractors in appropriate construction techniques. We engage households who signed up early for the program as advocates, because they are best placed to explain how the program operates and describe the benefits of their new sanitation systems.

Building on people’s desire to improve their homes and overcome what they themselves see as an inconvenient and embarrassing lack of facilities, the program has led to the construction of more than 2,000 new household systems fully compliant with national standards. Though by no means inexpensive (systems cost US$250 to $400, generally repaid over a two- to four-year period), the initiative shows no signs of stopping until the cooperative reaches its goal of installing 24,000 new systems. This program is now being replicated in a neighboring district and is fast becoming a model for districts nationwide.

At the same time, IUWASH has worked intensively to better connect such activated communities with their governments by enhancing the information exchanges between them: launching radio shows focused on the water and sanitation sector, establishing customer forums, setting up SMS reporting systems as channels for citizen feedback, and helping local governments develop websites that provide WASH information.

Community-level action must be complemented by improvements in the overall enabling environment, and IUWASH encourages this through concerted advocacy with local governments. The bottom line? As a result of IUWASH’s direct advocacy and its extensive community engagement, no fewer than 50 IUWASH local government partners have increased local budget allocations and developed improved local WASH sector policies, such as the establishment of wastewater management units.

Sustainable initiatives in water supply and sanitation depend on supportive, enabling communities. Mobilizing those communities is a crucial part of the WASH agenda, and in Indonesia it is beginning to pay dividends.

IUWASH is a five-year program to help the Government of Indonesia achieve its ambitious safe water and sanitation targets; most notably, to achieve universal access to drinking water and sanitation by 2019. Implemented by DAI, the project works with government agencies, local government-owned water utilities, sector associations, nongovernmental organizations, communities, universities, and the private sector to improve water supply, facilitate access to sanitation facilities, and create more equitable water and sanitation access among Indonesia’s urban poor. As a result of IUWASH’s activities, 2.25 million people have obtained access to safe water since the project began operations in 2011, 256,000 people have gained access to improved sanitation facilities, and the per-unit cost paid for water by the urban poor has decreased by 43 percent.