In 2009, in rural Pennsylvania, as head of the Renewable Energy Center, I attended a community meeting with the Army Corps of Engineers about a proposed wind farm in Ogletown, in Somerset County. I was told that previous meetings on the topic had been heated enough that a police presence was necessary—and welcomed.

I recall this experience to point out that aversion to change, hostility to potentially beneficial technology, and susceptibility to rumor—what we might in the current climate call “fake news”—is far from limited to the developing world. When people are angry, anxious, afraid, it becomes easier for them to believe what would otherwise seem outlandish, whether they live in central Pennsylvania or central America.

Fortunately, there are proven ways to engage and bring on board these communities. Our ProParque project and its experience introducing small hydro power to highland Honduran communities is a case in point. 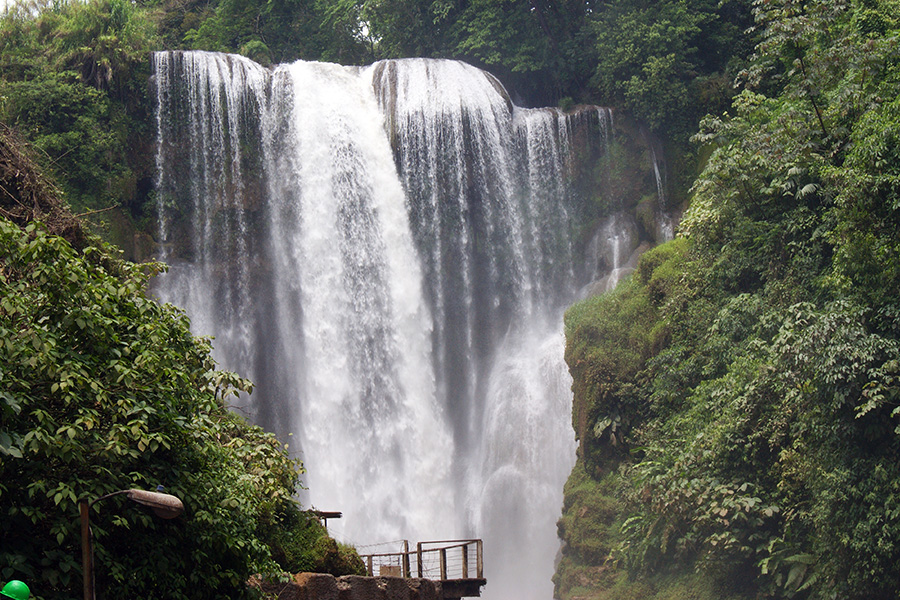 Funded by the U.S. Agency for International Development from 2011 to 2016, ProParque was designed to conserve biodiversity, create jobs, and strengthen Honduras’ capacity for mitigating and adapting to climate change. As part of its natural resource protection mandate, ProParque began to promote small hydro. Most of the country’s electricity at that time was generated from diesel and oil, which for Honduras meant expensive electricity and exposure to price fluctuations. The Honduran government had pledged to reduce its dependence on imported oil and reverse its electricity generation mix from 60 percent oil and 40 percent renewables to 60 percent renewables and 40 percent oil. Between 2014 and 2015, it made headway toward this goal through a dramatic increase in solar and continued growth in hydro, wind, biomass, and waste. It now plans to have 95 percent of energy supplied from renewable sources by 2027.

What is “small hydro”?

In Honduras, the environmental agency, MiAmbiente, classifies “small hydro” as 15 megawatts (MW)—enough to power a number of small villages—or less in generating capacity. Small hydro can be a dam or a run-of-the-river system that diverts a portion of the water to a generator while leaving the rest in the waterway. A run-of-the-river has significantly less impact on the ecosystem than a dam. Large hydro projects invariably involve at least some resettlement of people. Given its size, small hydro typically means faster construction, easier transport of equipment in remote areas, and less need for civil works construction. However, many Hondurans have failed to distinguish between small and large hydro, not realizing that small hydro projects—done properly—have relatively small environmental impact.

However, increasing the proportion of energy generated by renewable sources means taking advantage of wind and hydro resources where they exist, not where it would be convenient for us to have them. And despite the potential for hydropower to support economic development—and the fact that distributed generation increases energy security locally and nationally—we encountered several barriers.

For example, two projects that would have provided 2.7 MW of power in the buffer zone of Nombre de Dios National Park were stopped because people in the communities in the watershed expected the project to pay them 40 percent of the plant revenue, even though they were only run-of-the-river and no resettlements were required. Two projects in the buffer zone of Sierra de Agalta National Park, that would have provided 8.9 MW, were stalled due to conflicts between the community and developers.

Community acceptance of renewable energy plants is critical. Indeed, in most countries, including Honduras, consultations with local communities are not just good practice, they are legally required. Local involvement in the project development stage can result in greater acceptance and acceptance is easier when the communities are better informed. Especially in developing countries, communities often lack understanding of the technology, financing, or viability of electric power options, limiting their ability to negotiate with developers. ProParque tackled this constraint head on.

For example, to improve the ability of civil society organizations to advocate and negotiate on their own behalf, ProParque produced a flip chart template and guide for teachers to develop educational campaigns about renewable energy. In addition, the team held workshops for 33 municipalities, seven government offices, three educational centers, and co-managers of national parks; and held 26 seminars on community education about renewable energy for 517 participants—196 of them women. Explaining hydro technology and projects in clear and simple terms, these materials equipped local schools and municipalities to lead their own educational programs.

Working with the U.S. Forestry Service, local nongovernmental groups, MiAmbiente, and the Honduran Association of Renewable Energy Producers, ProParque developed other materials that are beginning to gain traction in Honduras and beyond, including a Good Practices Guide, Lessons Learned in the Socialization Process, and Lessons Learned in the Socialization of Hydroelectric Projects—the latter building on the experience of several projects around protected areas.

The International Centre for Hydropower asked ProParque to share these materials and help the Nicaraguan Ministry of Energy and MiAmbiente develop a course on “Water Governance and Socio-Environmental Management for Hydroelectric Development in Latin America.” Held in Managua, the course attracted participants from Nicaragua and from neighboring Colombia, Costa Rica, El Salvador, Guatemala, and Peru. These materials have now been shared with the Program for Aquatic Natural Resources Improvement (PANI), another USAID program that is building the capacity of community groups to serve as watchdogs and ensure compliance with environmental and social obligations in Nepal.

Studies in the United States, Scotland, and Germany have shown that attitudes toward wind power are more positive among people who derive financial benefit from the projects and in areas with some degree of community ownership of them. It is logical to assume that the same principle would apply to small hydro projects in Honduras and other developing countries.

Typically, local communities benefit from power plant development through payments for land or land use, local direct employment, local indirect employment through supply chains, and an increased tax base. These benefits are harder to realize in countries where indigenous people lack clear title to land or the skills needed by project developers and operators.

It is increasingly common for renewable energy projects to offer an explicit social benefit to communities to obtain their cooperation or at least mitigate their opposition. These separate and additional economic benefits range from ad hoc gifts—such as contributions to local sports programs—to legally binding annual payments. Social payments may in some countries be legally required to gain access to a resource. In Honduras, financial institutions will not lend to renewable energy projects absent such a social element. But developers recognize that these payments mitigate risk by encouraging local acceptance. Especially in projects that involve dams instead of run-of-the-river operations, communities perceive that adverse effects have been acknowledged and compensation provided.

Another approach gaining ground internationally is to give local community members an ownership stake in the projects. Projects that pay only those people with title to affected property tend to run into difficulties from aggrieved residents who didn’t receive such compensation. Projects that provide a one-time give away, such as a sports field, find that two years later their contribution is no longer remembered or valued. However, if a broader swathe of local people owns part of the development, those owners have a long-term interest in its success.

The value transferred in the collective local ownership varies from project to project, of course, but it might be the equivalent of what a developer could spend on a donated sports field. The difference is that this stake represents a salable asset, perhaps one of the few assets local men and women have ever had. Perhaps this ownership stake increases their resilience in difficult times. If they receive dividends once the project hits profitability, they will have a small but additional income stream that will help offset any negative emotions about the development. Certifying the ownership stake individually, rather than by household, helps ensure that women benefit as well as men. Furthermore, making the community benefit an ownership stake instead of an initial gift aids the developer by postponing social payments from the risky, capital-intensive initial stage to the point when the plant is bringing in revenue in excess of its expenses.

Administering the benefits of such small ownership stakes may cost more than the benefits themselves, but the payback in community cooperation is worth it. Ongoing payments, even if small, generate trust and maintain a positive relationship between the community and the power plant which can head off or reduce potential confrontations.

In many countries, including Honduras and Nepal, forest areas are menaced by illegal logging, mining, and the expansion of agriculture. Small, sustainably managed renewable energy projects present an alternative that can improve the quality of life and bring new opportunities to local people, while preserving the watershed. But to deliver on this promise we need ongoing collaboration between developers and communities.

In Ogletown, I regret to say, the wind farm still has not been built. The sponsoring company cancelled it in 2012. Over the course of the ProParque project, hydropower in Honduras increased from 149 MW in 2011 to 252 MW in 2015. The project worked directly with 21 stalled projects to get them through approvals by MiAmbiente. This success is due in large part to ProParque’s integrated approach: informing communities, educating developers and government officials in best socialization practices, and delivering lasting benefits to local people.